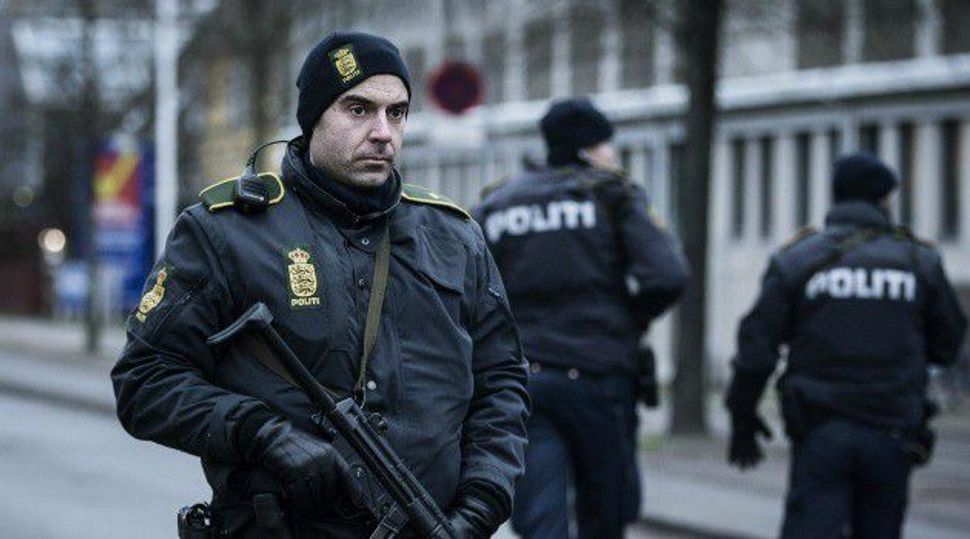 End of Road: Police stand guard after a suspect was killed in the twin terror shootings on an arts center and a synagogue. Image by getty images

The bat mitzvah girl whose celebration in Copenhagen ended abruptly after the shooting death of a volunteer synagogue guard was feted in Israel.

Hannah Bentow, 13, on Sunday night in Jerusalem had a ceremony and a dance party for girls and women with a DJ. The party took place at the headquarters of the Matan women’s study program.

The Feb. 15 celebration of Bentow’s bat mitzvah at the central Copenhagen shul, or Krystalgade Synagogue, had been put off a year due to the year of mourning for her grandmother, according to Josh Salmon of Toronto, one of the philanthropists who helped fund the trip.

The teen reportedly had said to her mother after the shooting attack by an Islamist fanatic that killed guard Dan Uzan, “I wish I didn’t have a bat mitzvah, and then Dan would still be alive.”

The Dan Hotels chain and some private family foundations paid for Bentow and her family to hold the bat mitzvah party in Israel as well as vacation there for a week.

In Eilat, the family spent time at the dolphin reef in a program designed specifically for victims of trauma.

Also, they distributed care packages to soldiers at army bases.