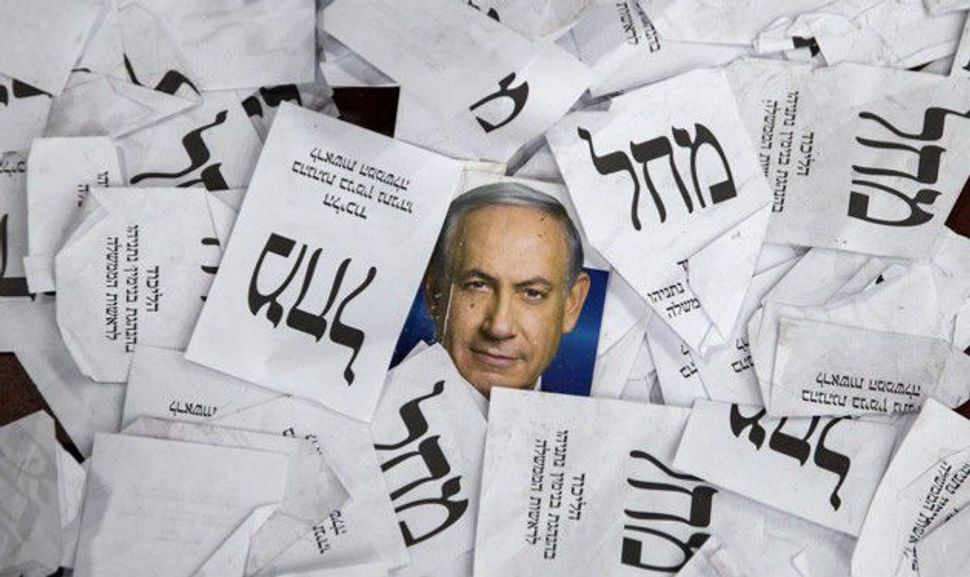 Israeli Prime Minister Benjamin Netanyahu is poised to lead a heavily right-leaning coalition government with control of 67 of parliament’s 120 seats, according to final election results released on Thursday.

Netanyahu’s right-wing Likud party won 30 seats, compared with 24 for his main rival, the center-left Zionist Union. It was a huge gain from the last election in 2013, when Likud won 18. Zionist Union’s leader, Isaac Herzog, conceded defeat.

“The reality is clear, the reality dictates that we will be in opposition and will be an alternative on each issue,” he told Army Radio, dismissing any idea of a unity government.

President Reuven Rivlin has said that on Sunday he will begin to ask leaders of parties that won election to parliament to recommend a candidate to form a government. The nominee, almost certainly to be Netanyahu, will have 42 days to do so.

Since no one faction captured an outright parliamentary majority in Netanyahu’s come-from-behind victory, Israel will again be governed by a coalition of parties – as it has been throughout its 67-year history.

Netanyahu, who has publicly ruled out a broad government with Zionist Union, is expected to ask far-right parties Jewish Home (8 seats) and Yisrael Beitenu (6), and religious factions Shas (7) and United Torah Judaism (6) to join him.

That would put him in command of 57 seats – still short of a majority – making a new centrist party, Kulanu, which won 10 seats, the kingmaker.

Kulanu’s leader, Moshe Kahlon, a former Likud cabinet minister, has been offered the post of finance minister in Netanyahu’s government, and has said he would weigh the offer.

Political commentators expect Kahlon, who pledged during the campaign to work to lower the high cost of living, to sign on as a member.

The right-leaning government is likely to pursue tough policies towards the Palestinians, including further settlement building in the occupied West Bank and East Jerusalem.

On the eve of the election, Netanyahu drew Palestinian and international outrage by declared there would be no Palestinian state on his watch, backtracking from a 2009 pledge to pursue a two-state solution to the decades-old conflict.

The final voting results, issued after ballots cast by soldiers in military bases and patients in hospitals were counted, raised Likud’s seat total from 29 to 30 and gave the left-wing Meretz party 5 seats instead of 4.