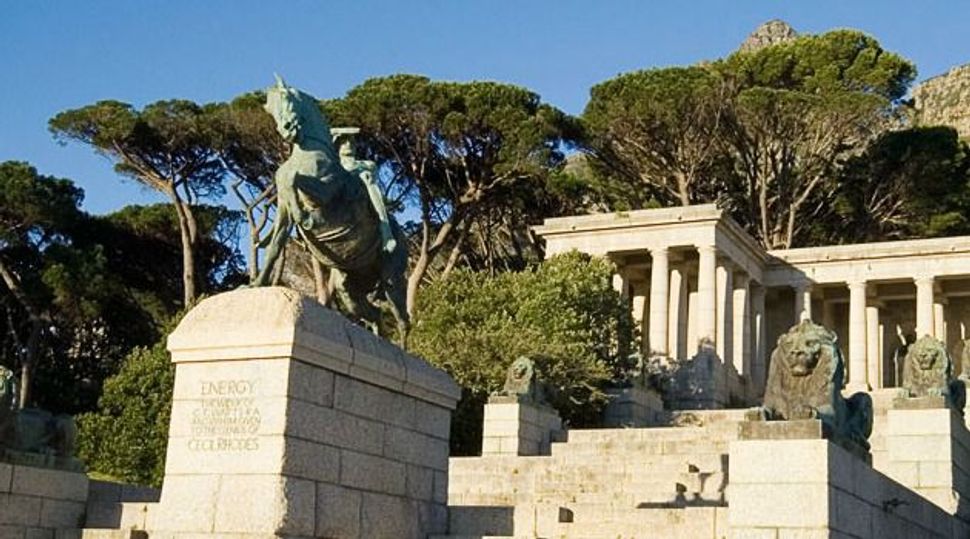 Members of the student protest group Black Monday hung posters bearing pictures of Adolf Hitler and swastikas on the University of Cape Town’s Jameson Hall as part of a campaign to draw attention to the offensiveness of the statue of Rhodes, according to a report by Independent Online, a South African news service. In turn, Jewish students took down the posters and protested to the university’s administration.

The posters were part of a weeklong campaign by Black Monday to draw attention to its grievances about the statue, using symbols of hate groups such as the Ku Klux Klan and the American Confederacy to indicate the statue’s offensiveness. Other students have pelted the statue with excrement, according to a report by the Telegraph.

Rhodes, a white mining magnate and South African politician, made a substantial land grant to the university. He is regarded by many South Africans as a major figure in the political and economic subjugation of blacks in South Africa and what is now Zimbabwe (formerly Southern Rhodesia). The international Rhodes Scholar fellowship, one of the most prestigious awards for college graduates, is also named for him.

The South African Union of Jewish Students’s Western Cape at the University of Cape Town issued a statement objecting to the Nazi imagery, declaring, “Cecil John Rhodes was responsible for crimes against humanity, and the systematic oppression of black people. That being said, we do not believe his crimes can be equated with those of Hitler.”

Black Monday, in turn, accused the UCT administration of hypocrisy, reportedly declaring on its Facebook page, “For more than a week, students have been campaigning about the removal of the Rhodes statue yet we have received an inadequate response that came in very late; whereas the University has been very efficient in responding to bad press.”