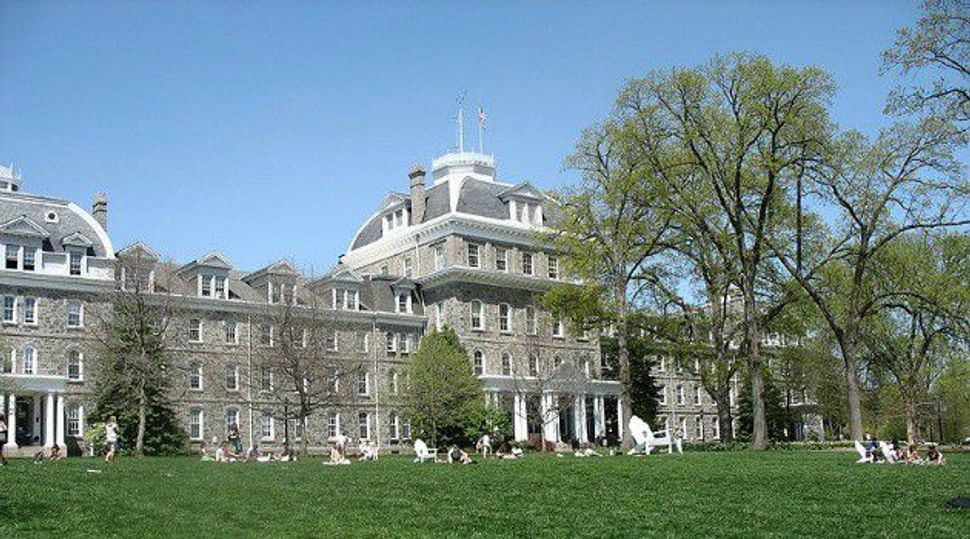 The name change announced on Sunday follows the decision by the campus Jewish organization to drop its affiliation with Hillel International, due to restrictions on Israel issues.

The decision of the name Kehilah, which means Community, was made through an open submission process for new names and two rounds of voting in less than a week. The initial ballots resulted in a tie between Ruach, the former name of the campus Jewish community organization before it affiliated with Hillel, and Kehilah. A tie-breaking vote was held on Sunday.

In December 2013, the Hillel of Swarthmore College declared itself an Open Hillel, saying it would not abide by Hillel International’s rules prohibiting partnering with or hosting groups or speakers who deny Israel’s right to exist as a Jewish or democratic state; delegitimize, demonize or apply a double standard to Israel; or support the Boycott, Divestment and Sanctions campaign against Israel.

Hillel International on March 16 emailed a letter to Swarthmore deans threatening legal action if students at the college’s Hillel chapter hosted an upcoming program with speakers espousing anti-Israel or pro-BDS viewpoints. The campus Jewish group voted the same day to disaffiliate with Hillel International and to change its name.

“I can’t tell you how happy I am to be writing with the new name of Swarthmore’s Jewish community – a name that together, we all chose for ourselves,” Kehilah President Sarah Revesz, a Swarthmore senior, wrote in the announcement email to Jewish students on campus. “It’s been wonderful to see how many people have gotten involved in this process over the past week. We had a strong voter turnout and it makes me glad to see so many people taking the steps to make this community your own.”