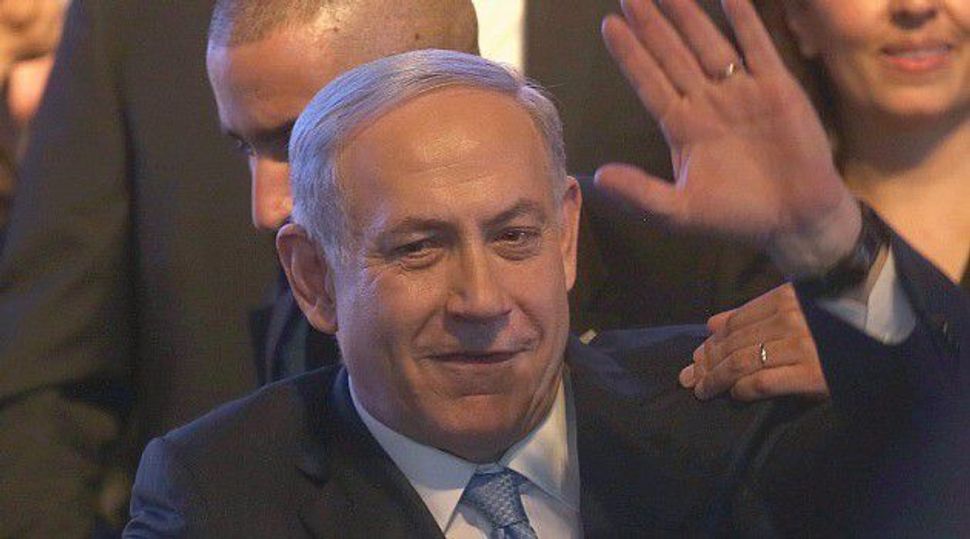 Conservative movement leaders applauded Israeli Prime Minister Benjamin Netanyahu’s regrets for an Election Day statement about Arab Israelis and decried a pledge by J Street to press Jewish groups not to spend in the West Bank.

“The Rabbinical Assembly and the United Synagogue for Conservative Judaism welcome and applaud today’s apology by Prime Minister Netanyahu during a meeting with minority groups in Israel,” said the statement issued Monday from the groups, “calling out specifically his regret that ‘I know that the things I said a few days ago hurt some citizens in Israel, the Arab-Israeli citizens’ and that ‘this was not my intention and I am sorry.’”

The Rabbinical Assembly had sharply criticized Netanyahu for his Election Day appeal to voters of his Likud Party to get to the polls because Arabs were coming out in “droves.” The RA called Netanyahu’s language “indefensible.”

The statement Monday also said the relationship between U.S. Jews and Israel was “sacrosanct,” although there is “room for honest response to actions that trouble us.”

“What our community needs is more cooperation and unity in working together toward strengthening the U.S.-Israel partnership, not creating new divisions by seeking to attack fellow Jewish organizations or create new points of conflict,” the statement said.

A source authorized to speak on behalf of the Rabbinical Assembly told JTA that this was intended as criticism of J Street’s plan, announced this weekend at the liberal Jewish Middle East policy group’s national conference, to press Jewish groups to clarify whether their funds are expended in the West Bank.