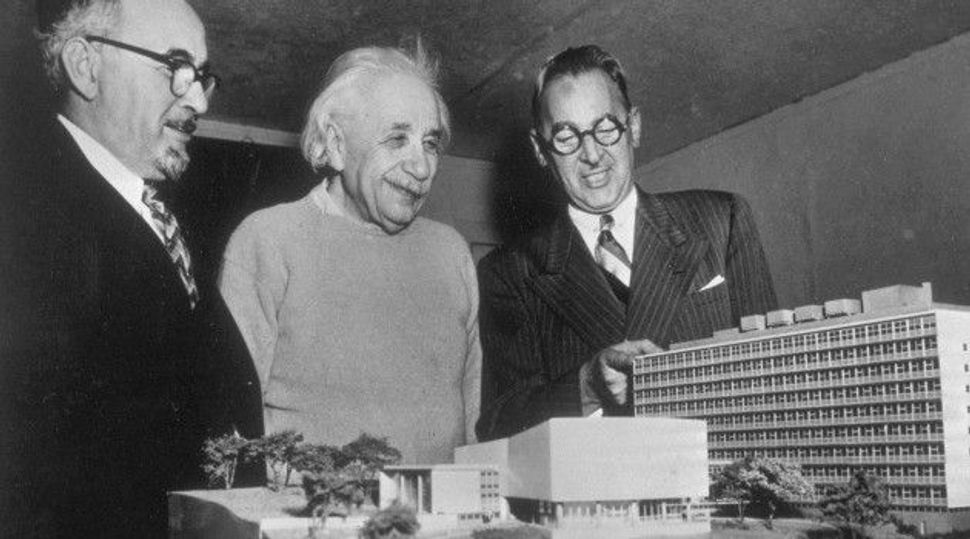 More than 2,500 employees at Yeshiva University’s Albert Einstein College of Medicine will soon get notices from the school warning that they could be laid off this summer.

The notices are being prepared as YU gets set to transfer much of its control over the medical school to Montefiore Health System.

It is unclear how many employees, if any, will actually be laid off. Neither YU nor Montefiore responded to multiple requests from the Forward to comment on the planned distribution of the layoff warnings.

Under New York State law, notices are mandated to be sent to workers 90 days in advance of “mass layoffs,” which is defined as at least 250 full-time employees. An internal YU document, obtained by the Forward, indicates that these notices will be sent to Einstein staff by March 31.

The March 23 document is labeled as a “Presentation to Einstein Chairpersons” and deals with YU’s obligations under the state notification statute, known as the Worker Adjustment and Retraining Notification law, or WARN. In the document, YU’s managers propose sample language for the notice to workers that informs them:

“On June 30, 2015, or within 14 days thereafter (‘Closing Date’) Yeshiva University… will cease to employ any of the employees currently performing services at all Einstein locations. We are advised, however, that with respect to employees of Einstein, Montefiore currently intends to make offers of employment to those Einstein employees that Montefiore determines to be qualified.”

The document gives no indication of what sort of process Montefiore intends to undertake for determining which employees they will retain as qualified.

“The rehiring review process is unclear, and frightening,” an Einstein faculty member told the Forward. “The secrecy over the past few years is part of the problem.” The source spoke on condition of anonymity citing concern about retaliation from management.

Under state law, even if Montefiore were to promise employment to all current staff, Einstein would still be obligated to issue the WARN notices to avoid being held liable if Montefiore later reneged on its promise.