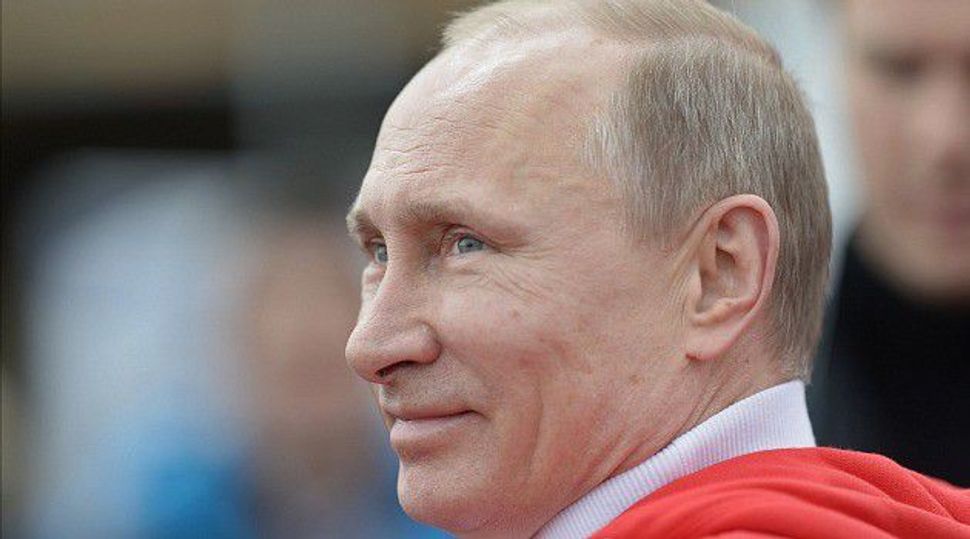 Russian President Vladimir Putin said his country will support efforts to build a Palestinian state with a capital in eastern Jerusalem.

Putin pledged his support Saturday during a meeting of the Arab League in Sharm el-Sheik.

“Palestinians have the right to establish an independent and habitable state with a capital in east Jerusalem,” Putin reportedly told the leaders of 22 Arab states, according to media reports.

He added: “Russia will continue to contribute to achieving this goal through bilateral and multilateral channels.”

Putin reportedly also called Israeli Prime Minister Benjamin Netanyahu to congratulate him on his reelection and to discuss the talks on Iran’s nuclear program, to which Russia is a party as part of the P5+1 world powers.