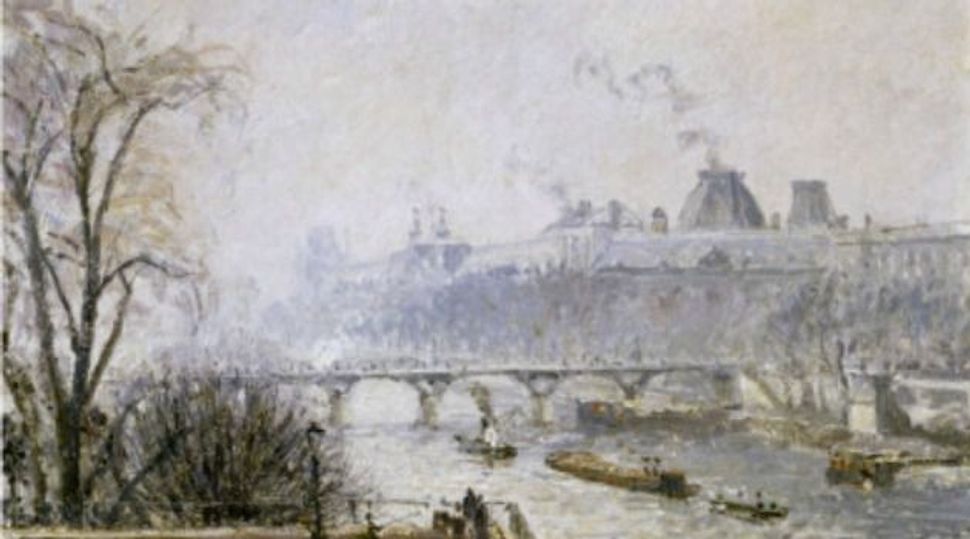 German Culture Minister Monika Gruetters declared in a statement that her ministry was already in touch with an heiress of the original owner and would seek to promptly return the painting, the French news agency AFP reported.

The 1902 oil painting, “The Seine Seen From the Pont Neuf, the Louvre in the Background,” by Pissarro, was one of more than 1,400 works of art held by the late art collector Cornelius Gurlitt. Gurlitt’s father, Hildebrand Gurlitt, served the Nazis as an art dealer and sold a number of works that were confiscated from Jewish owners. When Hildebrand Gurlitt died in 1956, his son inherited the collection, which he kept in his Munich home and in a second home in Saltzburg, Austria. The collection includes valuable works by Picasso, Durer, Renoir, Toulouse-Lautrec, Beckmann and Matisse.

Cornelius Gurlitt willed his collection to the Bern Kunstmuseum in Switzerland, which has agreed to participate in a process to determine which paintings were looted from their owners and to return those paintings to the owners’ heirs. That process has already resulted in the restitution of a number of paintings, including one by Henri Matisse and another by Max Liebmann.