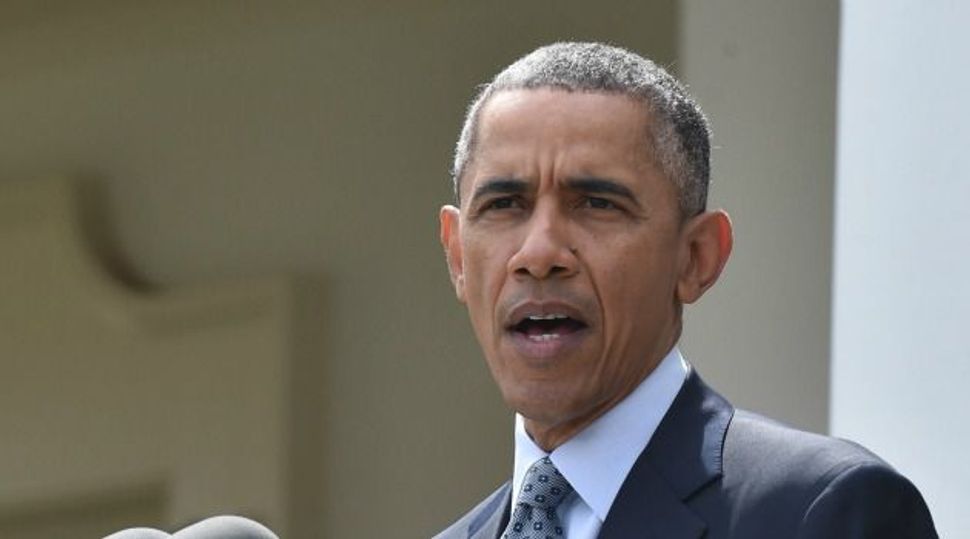 Iran and world powers reached a framework agreement on Thursday on curbing Iran’s nuclear program for at least a decade, a step towards a comprehensive accord that could end 12 years of brinkmanship, threats and confrontation.

The tentative agreement, after eight days of marathon talks in Switzerland, clears the way for talks on the future settlement that should allay Western fears that Iran was seeking to build an atomic bomb and in return lift economic sanctions on the Islamic Republic.

The framework is contingent on reaching an agreement by June 30 and all sanctions on Iran remain in place until a final deal is reached.

Many details still need to be worked out and diplomats close to the negotiations said the deal was fragile. It could not be ruled out that the understandings reached could collapse between now and June 30. Experts believe it will be much harder to reach a final deal that it was to agree the framework accord.

President Barack Obama said the outcome was a good deal, comparing it to nuclear arms control deals struck by his predecessors with the Soviet Union that “made our world safer” during the Cold War.

“Today, the United States, together with our allies and partners, has reached an historic understanding with Iran, which if fully implemented, will prevent it from obtaining a nuclear weapon,” he declared.

Under the outline deal, Iran would shut down more than two-thirds of its installed centrifuges capable of producing uranium that could be used to build a bomb, dismantle a reactor that could produce plutonium, and accept intrusive verification.

The negotiations went right down to the wire, with no certainty that they would not end in failure.

“The political determination, the good will of all parties made it possible,” EU foreign policy chief Federica Mogherini told a news conference.

“This is a crucial decision laying the agreed basis for the final text of joint comprehensive plan of action. We can now start drafting the text and annexes,” said Mogherini, who has acted as a coordinator for the six powers – Britain, China, France, Germany, Russia and the United States.

Iran’s Foreign Minister Mohamad Javad Zarif cautioned however: “We’re still some time away from reaching where we want to be.”

Iran agreed to significantly reduce the number of installed uranium enrichment centrifuges it has to 6,104 from 19,000 and will only operate 5,060 under the future agreement with the six powers, according to a U.S. fact sheet.

Western countries say enriched uranium can be used to make a weapon, which they aim to prevent. Iran has always insisted it wants it only for a peaceful nuclear energy program and denies it aimed to build an atomic bomb.

Iran’s breakout timeline – the time that it would take for it acquire enough fissile material for one weapon – would be extended to at least one year, for a duration of at least ten years, under this framework. It is currently assessed to be two to three months, the U.S. fact sheet said.

Iran will gradually receive relief from U.S. and European Union nuclear sanctions as it demonstrates compliance with the future comprehensive agreement, which Iran and the powers aim to conclude by June 30.

Failure to comply with terms of the deal will cause those sanctions to “snap back into place.”

The deal culminated years of negotiations climaxing with eight days of talks in Lausanne, extended after a deadline of midnight on Tuesday.

The Iranian delegation had to constantly consult with Tehran the capital.

“They were under tremendous pressure as the Leader’s deadlines were not negotiable,” said an official.

U.S. Secretary of State John Kerry told reporters many technical details needed to be worked out, including the possible lifting of a U.N. arms embargo and the modernization of the Arak heavy-water reactor and Fordow underground sites.

“The political understanding with details that we have reached is a solid foundation for the good deal we are seeking,” he said.

French President Francois Hollande welcomed the framework but said: “France will be watchful…to ensure that a credible, verifiable agreement be established under which the international community can be sure Iran will not be in a position to have access to nuclear arms.”

The British government said the talks had been “extremely tough” and the fine detail of an eventual accord would be very important.

“This is well beyond what many of us thought possible even 18 months ago and a good basis for what I believe could be a very good deal. But there is still more work to do,” Foreign Secretary Philip Hammond said in a statement

Russia said the agreement would have a positive impact on the security situation in the Middle East, with Iran be able to take more active part in solving problems and conflicts.

Israel, however, dismissed celebration of the framework as “detached from a wretched reality” and said it would continue lobbying world powers against a bad final deal.

Israel, assumed to have the Middle East’s only nuclear arsenal, was not a party to the talks but views Iran as a mortal threat and lobbied vigorously for an uncompromising stand.

The talks were the biggest opportunity for rapprochement between Washington and Tehran since they became enemies after Iran’s 1979 revolution, but any deal faces skepticism from conservatives in both countries. U.S. allies in the Middle East are also skeptical, including Saudi Arabia.

Iran’s Zarif said that other realms of Iran and U.S. relations had nothing to do with the agreement.

“This was an attempt to resolve the nuclear issue … We have serious differences with the United States,” he said.

“We have built mutual distrust in the past…So what I hope is that through courageous implementation of this some of that trust could be remedied. But that is for us all to wait and see.”

The United States sanctions on Iran for “terrorism, human rights abuses and ballistic missiles will remain in place” under the future nuclear deal.