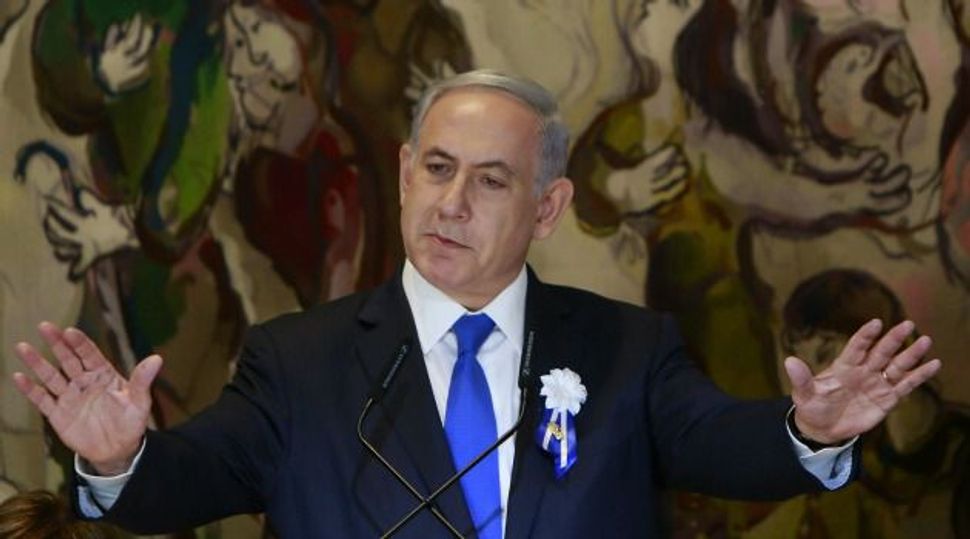 (Reuters) — Israeli Prime Minister Benjamin Netanyahu said on Friday that any final nuclear deal with Iran must include a commitment from Tehran recognizing Israel’s right to exist.

Netanyahu, whose address to the U.S. Congress last month failed to stop the United States and five other major powers agreeing a framework accord with Tehran on Thursday, made the demand after his security cabinet met to discuss the deal.

“Israel demands that any final agreement with Iran will include a clear and unambiguous Iranian commitment of Israel’s right to exist,” Netanyahu said in a statement.

“Israel will not accept an agreement which allows a country that vows to annihilate us to develop nuclear weapons, period.”

President Barack Obama, who called Thursday’s agreement a “historic understanding,” called Netanyahu within hours of the talks concluding, saying the deal represented progress toward a lasting solution that cuts off Iran’s path to a nuclear weapon.

But Netanyahu said a final accord based on what was agreed in Lausanne, Switzerland “would threaten the survival of Israel” and rather than blocking Tehran’s path to the bomb, “would pave it.”

“This deal would legitimize Iran’s nuclear program, bolster Iran’s economy and increase Iran’s aggression and terror throughout the Middle East and beyond,” Netanyahu said.

Obama mentioned several times during his speech on the deal that the United States stood with Israel on security and would not allow “any daylight” between their positions, but the reassurances have not satisfied Netanyahu.

Israel, believed to be the only nuclear-armed state in the Middle East, has previously said it could take pre-emptive military action if necessary to stop Iran getting such weapons.

While that rhetoric has died down over the past year or so, the head of Israel’s military planning directorate said it was still a possibility.

“The military option has always been on the table, as we have said all along,” Major-General Nimrod Sheffer told Israel Hayom newspaper on Friday. “If it has not been mentioned much in the media recently, that does not reflect a change in policy.”

The chances of Israel going it alone militarily against Iran would appear to be very slim, but with the Republican-led Congress also critical of the deal, Netanyahu may feel he can put pressure on the U.S. administration to push harder.

“The alternative is standing firm and increasing the pressure on Iran until a better deal is achieved,” he said.