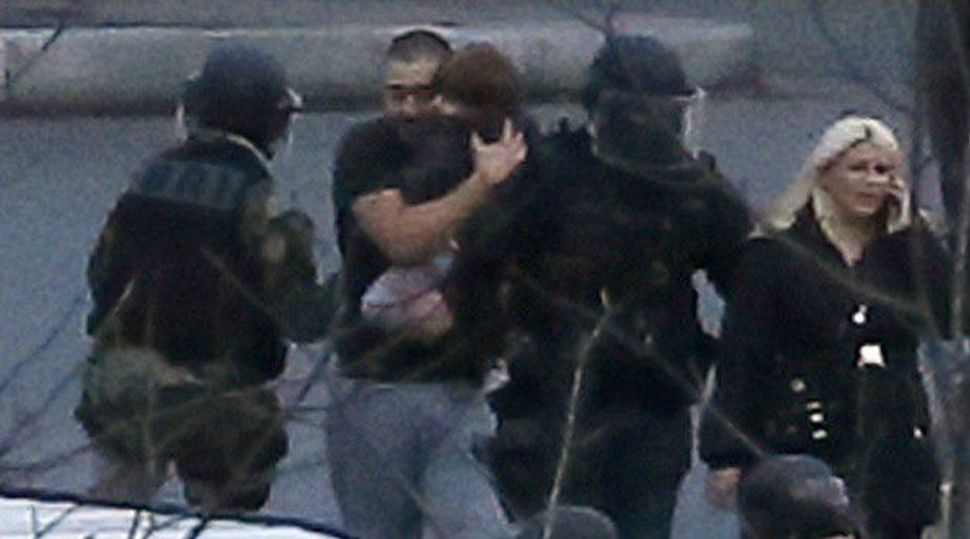 The Islamist who killed four Jews at a kosher supermarket near Paris may have attempted to murder children at a Jewish school shortly beforehand, French media reported.

The report Tuesday on BFMTV is based on an interview with a woman who witnessed the Islamist, Amedy Coulibaly, make a traffic accident and then kill a police officer south of Paris after the officer approach the scene of the accident.

Coulibaly killed his Jewish victims on Jan. 9, one day after killing the officer and fleeing the scene of the accident in Montrouge south of Paris. He was killed by police hours after taking over the Hyper Cacher supermarket on the city’s eastern edge.

“Police told me that this man was armed and following a plan,” said the witness, who was also involved in the accident and was only idenitifed as Anne. “That he had a Jewish school right next to where I had my accident and that the accident messed up his plans so instead of killing children at a Jewish school, he killed a police officer.”

Chlomik Zenouda, vice president of the National Bureau for Vigilance Against Anti-Semitism, told JTA shortly after the Hyper Cacher shooting that there were “strong indications” that Coulibaly was planning to attack a Jewish school before shooting and killing officer Clarissa Jean-Philippe.

“Evil did not stop at the doors of this house, but returns whenever totalitarian or fundamentalist religious ideologies grasp ahold of passions and fears,” Hollande said at the Maison d’Izieu, an orphanage-turned-memorial where 44 Jewish children were deported to concentration camps on 6 April 1944.