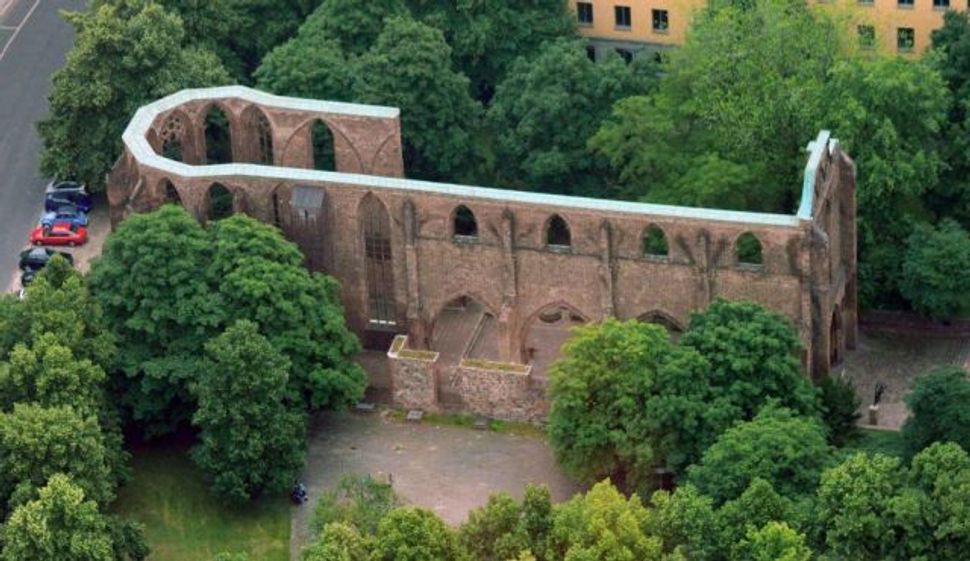 An aerial view of the Berlin church where a beaten body bearing an Israeli passport was found. Image by wikipedia

Police in Berlin found the disfigured body of a man carrying an Israeli passport.

The body was found Sunday amid the rubble of construction being done at a local church, Army Radio reported Wednesday.

The body was so badly bruised that it was unrecognizable, raising suspicion the man was murdered.

On the deceased’s person police found an Israeli passport registered to a 22-year-old man but could not immediately determine whether the deceased was the owner of the passport.

The Israeli Ministry of Foreign Affairs is in contact with German authorities about the case, the Army Radio report said.

It did not name the passport’s owner.