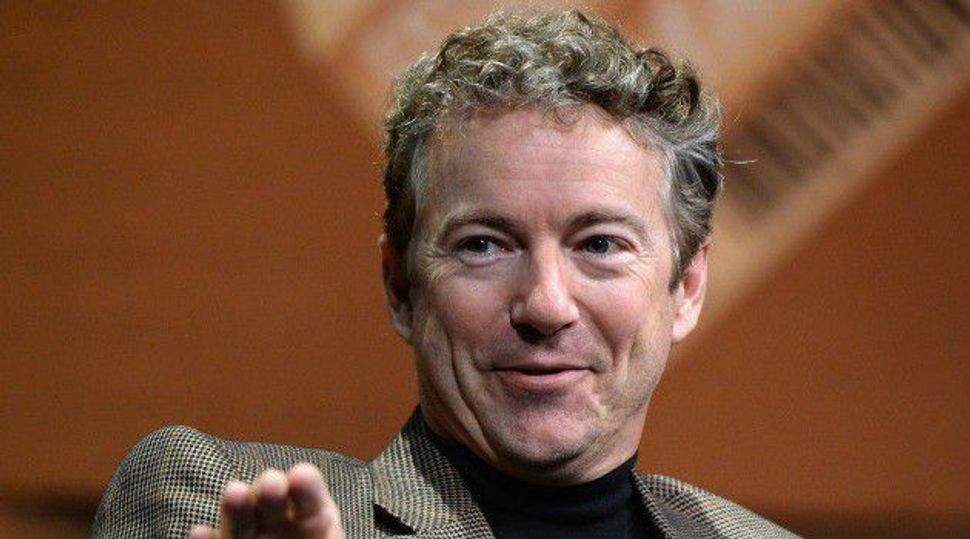 Newly minted 2016 presidential contender Rand Paul said on Wednesday he was skeptical of the framework agreement to contain Iran’s nuclear program but accused his fellow Republicans of “beating the drums for war.”

The libertarian from Kentucky, who announced his candidacy on Tuesday, has bucked more hawkish Republican colleagues during his first U.S. Senate term with a non-interventionist foreign policy that has included cutting foreign aid.

Paul told NBC’s “Today” show he was going to “keep an open mind” on the framework agreement reached last week between Iran, the United States and five other major powers to curb Tehran’s nuclear program in exchange for easing economic sanctions.

“I am somewhat skeptical of the president’s agreement,” he told NBC. “However, I am in favor of negotiations over war and I think I’ve been one of the reasonable people in our party who has not been beating the drums for war.”

He said he backed legislation by Republican Senator Bob Corker that would give Congress the opportunity to approve or reject sanctions relief in an Iran nuclear deal.

But he said he was disturbed that Iranian statements about the deal differed from President Barack Obama’s interpretation.

“The sincerity of the Iranians does make a big difference, and if they’re immediately saying that the agreement doesn’t mean what President Obama says, that is a big problem,” Paul said in the interview.

“As conservatives we should not succumb to the notion that a government inept at home will somehow become successful abroad,” he told a March gathering of young conservatives in Washington.

Asked about his 2007 statement that Iran was not a threat to the United States, Paul said, “2007 was a long time ago and events do change over long periods of time.”

He said the threat of Iran gaining nuclear weapons now was greater than it was many years ago.

Paul, the second major Republican to enter the 2016 race after U.S. Senator Ted Cruz of Texas, is campaigning this week in the early voting states of Iowa, New Hampshire, Nevada and South Carolina.