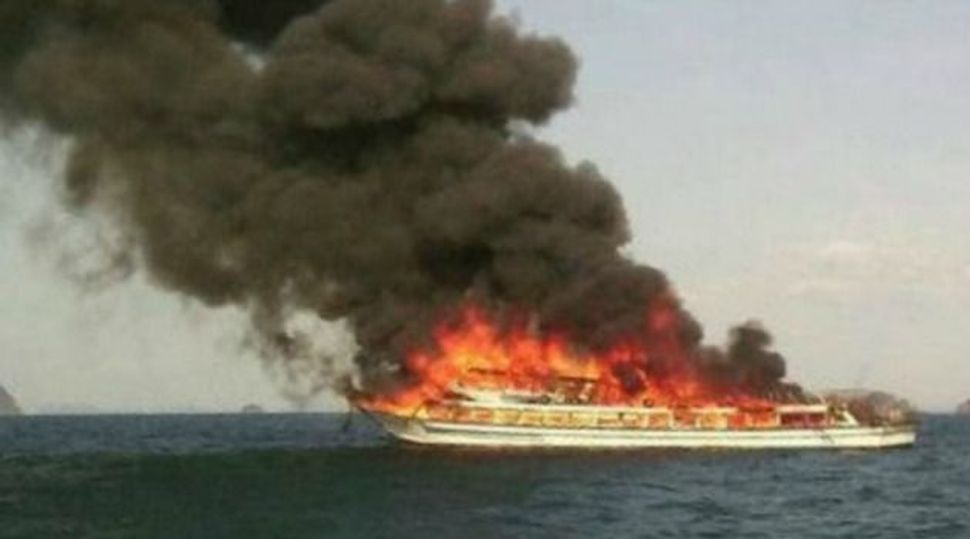 Image by courtesy of sanook.com

The remaining 116 passengers, including the girl’s parents and brother, were rescued from the fire that erupted aboard the Ao Nang Princess 5 tourist ferry on Wednesday, according to Ynet. The girl, who was not immediately named, was locked behind in one of the bathrooms, which was engulfed by flames.

“The fire erupted in the engine room, situated in the back of the ship, just as the girl was in the bathroom,” said Nati Hadad, who participated in the rescue operation. “She must have suffocated to death as the fire neared.”

The ferry was about seven miles off the coast of Ao Nang in the southwestern Krabi province when the blaze erupted, the news site phuketwan.com reported. Local fishermen rushed to the burning ferry to help bring survivors to safety, Ynet reported.

Staff from Israel’s embassy in Thailand reached out to assist the family, according to Ynet.