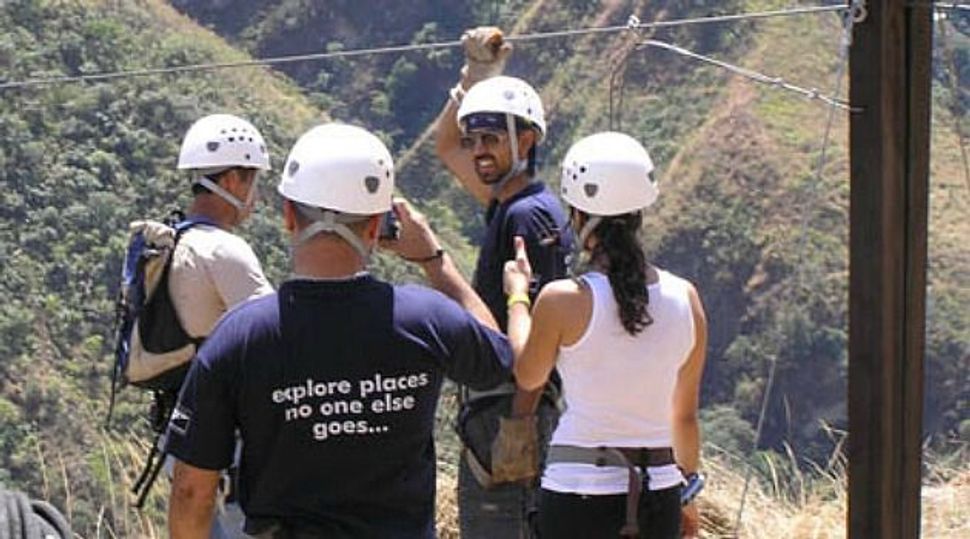 An Israeli tourist died when a platform collapsed at he Cola de Mono zipline attraction in Peru.

An Israeli hiker was killed when a zip-line platform collapsed in Peru.

Max Sela, 24, of Shoham in central Israel, died at the scene of the accident at the Cola de Mono zip-lining site in the Machu Picchu region. The zip-line is a major tourist attraction.

Sela was climbing the ramp to the platform, which was suspended about 260 feet in the air, when it collapsed. The two friends with whom he was traveling were not hurt.

He was on a trip to South America after being released from army service, a typical Israeli rite of passage. Sela had visited Brazil and Argentina over the past three months.