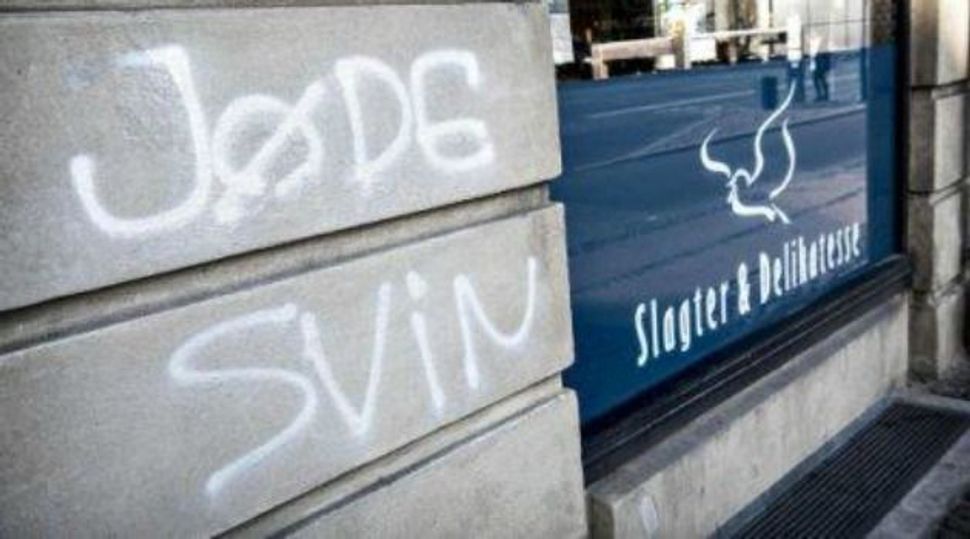 A Jewish deli and kosher supermarket in Copenhagen was vandalized.

A window of the store was smashed and anti-Semitic epithets were scrawled on the wall, including “Jewish pigs,” The Local reported, citing the Berlingske Tidende newspaper.

The attack, which was discovered on Thursday at Slagter & Delikatesse, comes less than two months after a terror attack on a Copenhagen synagogue during a bat mitzvah celebration left a Jewish volunteer security guard dead.

The deli had been protected by a guard during business hours, in the wake of the synagogue attack, the Jerusalem Post reported.

“All vandalism is serious, but it is obvious that when it comes to this particular location, there will be an extra focus on it,” police investigator Kenneth Jensen told Berlingske.

Also on Thursday, Denmark marked the 75th anniversary of the German invasion of the country, flying its flag at half-mast in front of the Danish Parliament.