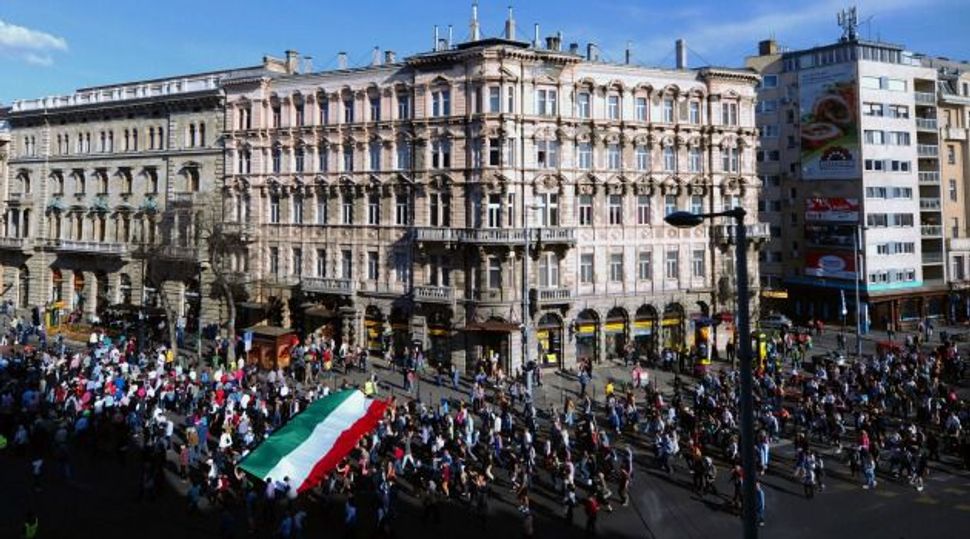 Throngs march through downtown Budapest to mark the annual March of the Living commemorating the Holocaust. Image by getty images

Thousands came out for the the March of the Living in Budapest, where World Jewish Congress President Ronald Lauder reminded the Hungarian government to speak out against anti-Semitism.

Lauder also denounced the far-right Jobbik party, the second largest in the country, as “extremist” on Sunday at the annual commemoration of the Holocaust in the Hungarian capital.

“The March of the Living also reminds us what happens when the world is silent,” Lauder, the event’s keynote speaker, told the crowd, which was estimated as high as 10,000. “We will never be silent again. And when it comes to anti-Semitism, the Hungarian government must never be silent.

Lauder stressed that the Hungarian Jewish community is “alive and well.”

“And the Hungarian Jewish community is not going anywhere. We march today to say: We are here. We are alive. And here we will remain,” he said.

Lauder said the Jewish community had contributed much to Hungarian society.