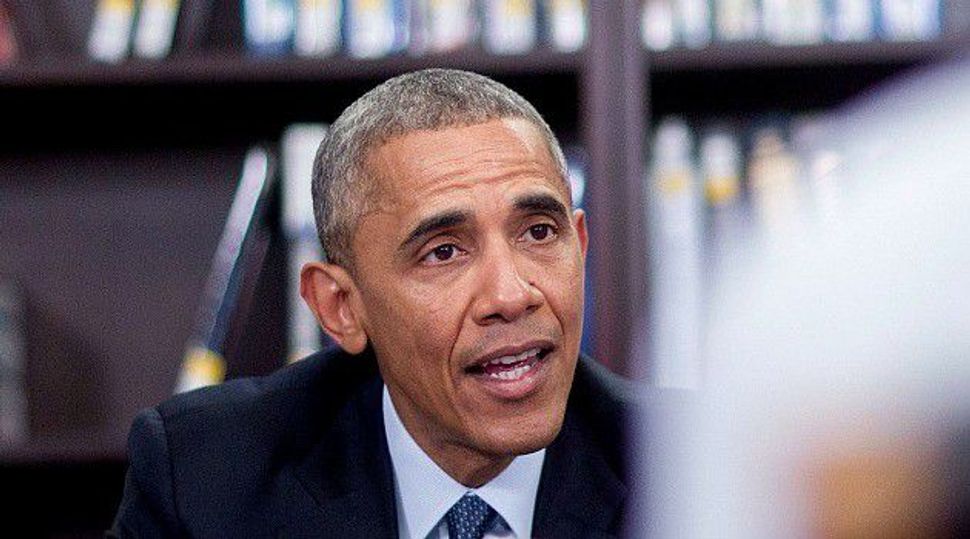 The Obama administration’s effort to sell the Iran nuclear deal to the Jewish community kicked up a notch with two meetings scheduled on the same day between the president and Jewish leaders.

President Barack Obama will attend two White House meetings Monday with Jewish leaders on Monday — one with organizational leaders, and a second unusual meeting with a group described by sources close to the White House as “influencers.”

Translated, “influencers” means major Jewish donors to the Democratic party, said the sources, who had been briefed by the White House on the meetings. Donors are a key constituency now that Hillary Rodham Clinton, Obama’s heir apparent, has formally launched her now presidential bid and will be seeking to tap these same donors for funds.

The White House is especially sensitive to skepticism about the Iran deal within that donor constituency, the sources said. Among those attending the meeting are Haim Saban, the Israeli American entertainment mogul who has been a major donor to Democrats but who also has in the past criticized Obama’s Israel policies.

Later that afternoon, Obama and Rice will have the meeting with the donors, described on the schedule as “Jewish community leaders,” as the White House describes them on its schedule. (The schedule lists the earlier meeting as with “leaders of Jewish organizations”.)

Secretary of State John Kerry and Wendy Sherman, the undersecretary of state who leads the U.S. delegation to the Iran talks, held a similar meeting last week with organizational leaders that lasted two hours.

The major powers and Iran earlier this month released the outline of a deal that would exchange sanctions relief for restrictions aimed at keeping Iran from acquiring a nuclear weapon. Prime Minister Benjamin Netanyahu of Israel opposes the emerging deal, saying it will leave Iran a nuclear weapons threshold state.