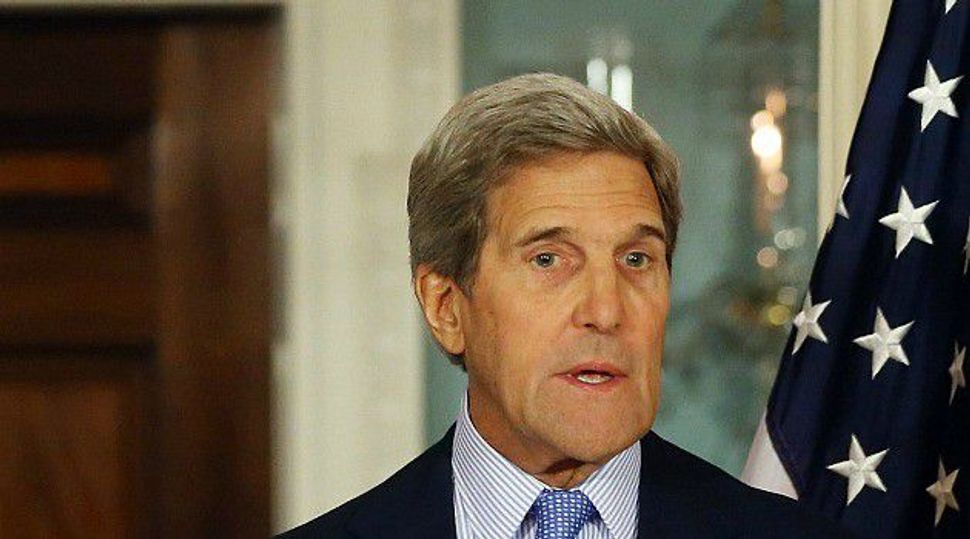 Secretary of State John Kerry will make the case this week to skeptical Republicans and Democrats that the U.S. Congress should give him another two and a half months to secure a final nuclear deal with Iran.

In closed briefings with the full House of Representatives scheduled for 5 p.m. (2100 GMT) on Monday and with the Senate at 9:30 a.m. (1330 GMT) on Tuesday, Kerry also hopes to blunt legislation that would give Congress the opportunity to approve or reject preliminary sanctions relief in the deal.

“The president wants Congress to ensure that our negotiators have the time and space that they need to reach an agreement by the end of June,” White House spokesman Josh Earnest said.

The April 2 framework nuclear deal that Iran struck with Britain, China, France, Germany, Russia and the United States seeks to limit the Iranian nuclear program in exchange for relief from economic sanctions. A final deal is due by June 30.

The United States suspects Iran’s nuclear program aims to build a bomb. Tehran maintains it is for peaceful purposes.

In a sign of the nuclear talks’ importance to Obama, Kerry will be joined in the briefings by Treasury Secretary Jack Lew, whose agency oversees many of the sanctions of Iran, and Energy Secretary Ernest Moniz, who helped negotiate the interim deal.

Some Democrats are lining up with Republicans and could form a veto-proof majority to support the bill, which President Barack Obama says would undermine the delicate final stage of negotiations ahead of the self-imposed June 30 deadline.

The backing by some lawmakers in Obama’s party illustrates the depth of concern in Washington over a possible nuclear-armed Iran and the view of many members of Congress that they are being shut out of the process to contain it.

Kerry’s task this week is to persuade Congress to give him the time to negotiate a comprehensive agreement as well as, if possible, to temper a bill put forward by Senate Foreign Relations Committee Chairman Bob Corker.

Under Corker’s bill Congress would have 60 days to review the agreement, during which the Obama administration would be barred from giving Iran most sanctions relief and members could vote on whether to approve or reject sanctions measures.

On Tuesday, the Senate Foreign Relations Committee is due to debate amendments and it could vote on whether to send the legislation for consideration by the full Senate.

Lawmakers have introduced about 50 amendments to the bill, with Democrats mostly trying to give negotiators more breathing room and Republicans trying to make the bill so restrictive that some supporters say it could be impossible to reach a deal.

One Democratic amendment would shorten the time given Congress to review the deal to 30 days from 60. Another would eliminate a provision of the legislation requiring the White House to certify that Iran has not supported or carried out an act of terrorism against the United States or any U.S. person.

Republican Senator Marco Rubio, who announced his U.S. presidential candidacy on Monday, has proposed requiring the Obama administration to certify that Iran has accepted Israel’s right to exist.

It was not immediately clear which amendments would be allowed to come up for a vote in the Senate committee. Earnest reiterated Obama would veto the bill as written.

Obama on Monday planned to pitch the deal in a private meeting with top American Jewish leaders, Earnest said. Close U.S. ally Israel strongly opposes the deal, fearing it could open the way to Iran securing a nuclear bomb.