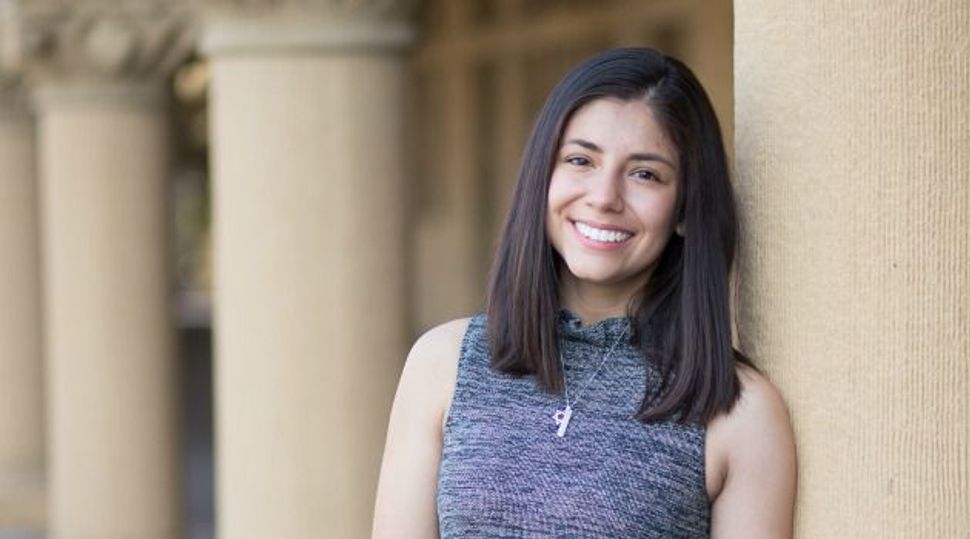 A candidate for the student Senate at Stanford University filed a complaint after she was asked how her Jewish faith would inform her decisions.

Molly Horwitz, a junior, filed the complaint with the student elections commissioner shortly after the March 13 endorsement interview with an umbrella group on campus, the Stanford Review student newspaper reported Sunday. The elections will be held Tuesday.

During the interview with the Students of Color Coalition, a member asked Horwitz, “Given your strong Jewish identity, how would you vote on divestment?”

In February, the student Senate passed a divestment resolution calling on Stanford to withdraw investments in companies that assist Israel in the West Bank. Horwitz, a Paraguay native living in Milwaukee, told the coalition that she disapproved of the Senate vote for divestment, but reiterated her belief in the Senate’s democratic system and her hope for a peaceful Middle East, according to the Review.

Horwitz was among a limited number of candidates interviewed by the coalition, an umbrella for six student organizations.

Her endorsement application made reference to her Judaism, including statements such as “I identify as a proud South American and as a Jew,” and “I felt like I was not enough for the Latino community and further embraced my Jewish identity,” the student newspaper reported.

Horwitz reportedly has asked for a public apology from the coalition.

In a meeting with a university official, coalition members gave a different account of the line of questioning, according to the Review.

The incident comes two months after a similar one at UCLA. The four student government members who questioned Rachel Beyda during a confirmation hearing later apologized.