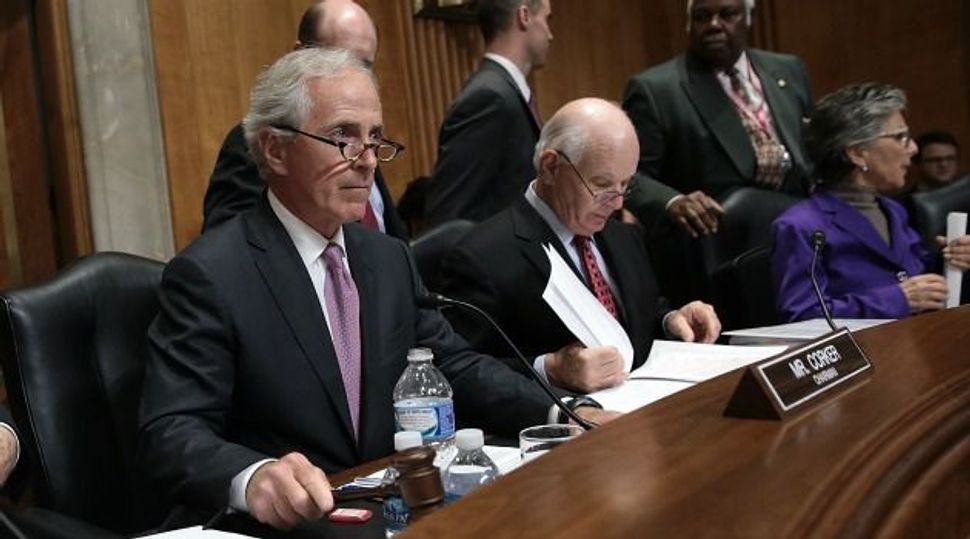 Israel is pleased at a compromise deal on Iran achieved between the United States Congress and the administration of President Barack Obama, Israeli Intelligence Minister Yuval Steinitz said on Wednesday.

In what was seen as a setback for Obama, the U.S. president agreed on Tuesday that Congress should have the power to review a nuclear deal with Iran, reluctantly giving in to pressure from Republicans and some in his own party over the barbed issue.

“We are certainly happy this morning. This is an achievement for Israeli policy,” Steinitz told Israel Radio, citing a March 3 speech by Prime Minister Benjamin Netanyahu to Congress in which he argued against a then-emerging framework agreement with Tehran on curbing its nuclear program.

Steinitz said the compromise bill would be “a very important element in preventing a bad deal,” or at least in improving the April 2 blueprint that world powers charted with Iran.

The bill requires the Obama administration to send the text of any final agreement with Iran to Congress as soon as it is completed, and blocks Obama’s ability to waive many U.S. sanctions on Tehran while Congress reviews the deal. It allows a final vote on whether to lift sanctions imposed by Congress in exchange for Iran dismantling its nuclear capabilities.

It also requires that the White House send Congress regular, detailed reports on a range of issues including Iran’s support for terrorism, ballistic missiles and nuclear program.

“This is more pressure and another barrier in the face of a bad agreement, and therefore the administration and the negotiating team will make more of an effort to seal gaps and to achieve an agreement that looks better, or at least more reasonable, so that it will pass in Congress,” Steinitz said.

Obama has invested enormous political capital throughout his presidency in securing an international agreement to ensure Iran does not develop a nuclear weapon, relying on tight sanctions that crippled Iran’s economy and forced it to negotiate.

Israel, believed to have the Middle East’s only nuclear arsenal, has differed sharply with Obama over the emerging accord, fearing it will not be stringent enough and will allow the Islamic Republic to develop its own atomic weapons.

Iran says its nuclear program is peaceful, but it has never welcomed intrusive inspections and has in the past kept some nuclear sites secret. (