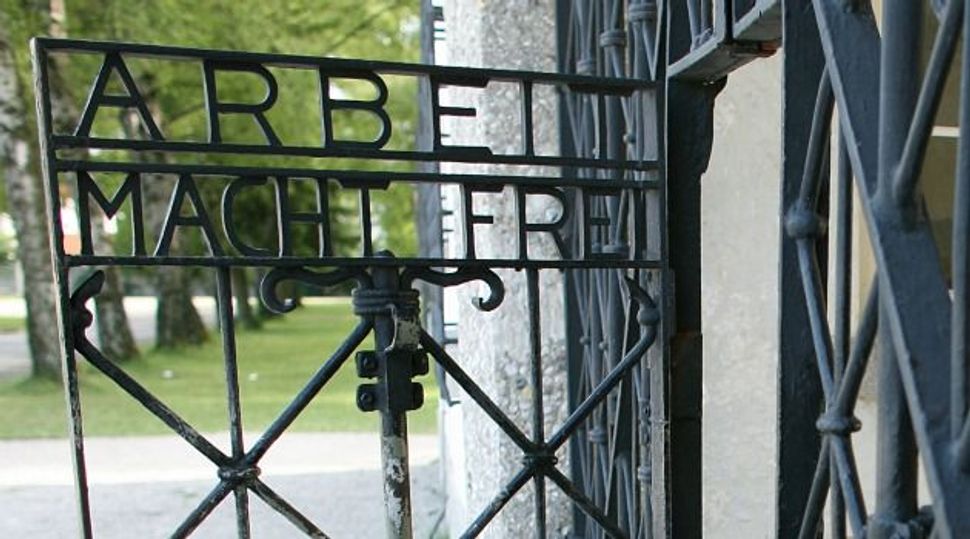 (Reuters) — A German blacksmith who painstakingly rebuilt an iron gate at the Dachau concentration camp bearing the notorious “Arbeit macht frei” (work sets you free) slogan said on Thursday he hoped no one would notice his work was a replica.

Michael Poitner said he was honored to win the contract to reconstruct the 1.87 meter-high, 108-kg gate, which was stolen last year from the memorial site at Dachau, the first Nazi concentration camp, set up in 1933.

“It was an imposing assignment full of history and it’ll be around a lot longer than I am,” he told Reuters after putting the final touches to the gate ahead of a May 3 ceremony to mark the 70th anniversary of the camp’s liberation by U.S. troops.

“It’s as close as possible to the original with a variance at most of just a few millimeters here and there.”

Chancellor Angela Merkel, who in 2013 became the first German leader to visit Dachau, will join some 100 survivors at the ceremony. She visited the Buchenwald death camp with U.S. President Barack Obama in 2009.

The Nazis set up the camp in Dachau outside Munich only weeks after Adolf Hitler took power. Initially designed to detain political rivals, it became the prototype for a network of death camps where 6 million Jews were murdered. More than 41,000 died at Dachau.

“A lot of thought went into how to make this cynical Nazi slogan close to the original – which is important as some 800,000 people visit the Dachau memorial each year,” said Poitner, 36, who was born in town of Dachau. “You can feel all that cynicism with this gate.”

He studied pictures and documents about the original gate, which was installed in 1936, and used techniques like high-temperature brazing, which was more common than soldering in the 1930s.

More than 200,000 people had been detained in the camp by the time U.S. troops liberated it in 1945. Television footage showing piles of bodies and starved inmates of the camp were among the first images the world saw of the Holocaust.

The original Dachau gate was stolen in November and police have not yet recovered it.

In December 2009, a similar “Arbeit macht frei” sign was stolen from the entry gate of the former Nazi death camp of Auschwitz in Poland by a Swedish man with far-right ties.