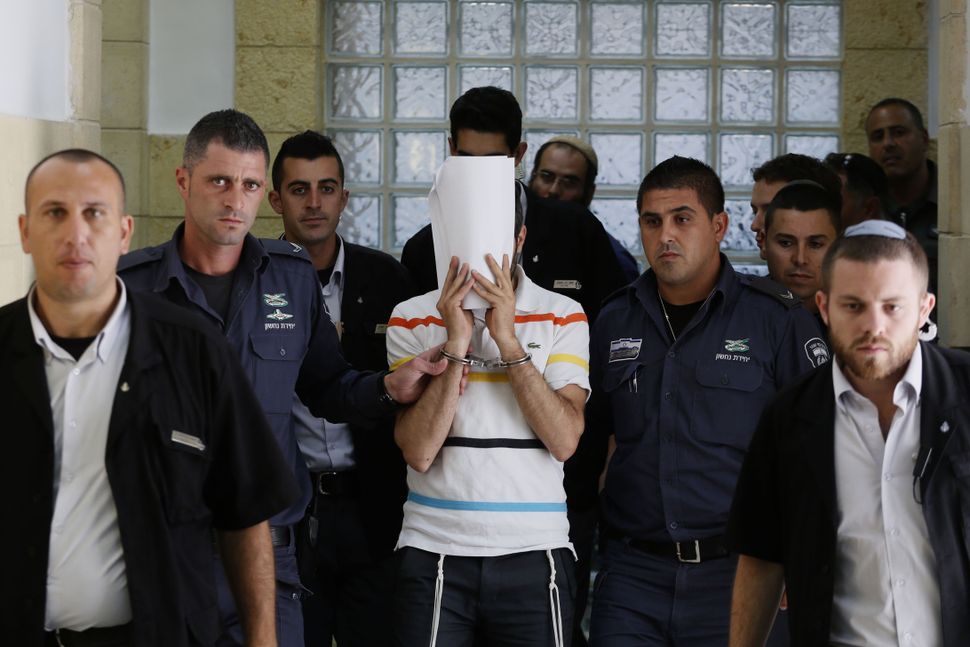 Mohammed Abu Khdeir, the Palestinian teen who was kidnapped and burned alive by Jews in a revenge killing, was recognized as a terror victim on the national memorial.

Khdeir’s name was added to the Victims of Acts of Terror Memorial at Mount Herzl and also appears on the government’s official list of terror victims.

Hussein Abu Khdeir told Ynet Tuesday that “this is a great initiative meant to honor my son, but I’m more interested with something else entirely: For the court to do justice with those who burned my son alive, and sentence them to the appropriate punishment.”

Khdeir’s father also told a Nazareth-based Arabic radio station that the family will request that his son’s name be removed from the list, Haaretz reported.

He is the first Arab killed by Jews to be added to the memorial, Hagai Admon, director of Mount Herzl, told The Times of Israel.

Khdeir, 16, was kidnapped from his eastern Jerusalem neighborhood early on the morning of July 2 and murdered hours later, less than a day after the funerals of Israeli teens Gilad Shaar, Naftali Fraenkel and Eyal Yifrach, who were kidnapped and slain by Palestinians near Hebron.

Three Jews, Yosef Haim Ben-David, 29, is currently on trial for beating Khdeir and then setting him on fire. He and two other suspects, both 16-year-old males, told investigators that the slaying was in revenge for the kidnapping and murder of the three Israeli teens.

Israel’s Defense Ministry recognized the teen as a civilian victim of terror two weeks after he was murdered, an act that was widely reported. The fact that his name appears on the memorial was noticed this week as Israel gears up for Yom Hazikaron, or Memorial Day, which begins at sundown on Tuesday.