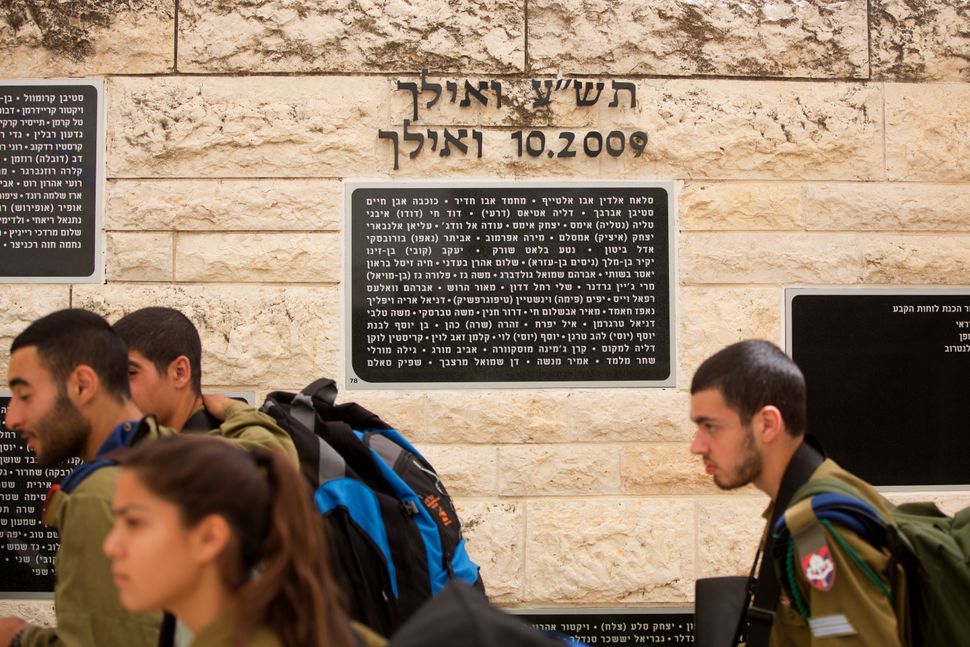 Israel will remove the name of a slain Palestinian teen from a national monument to “Victims of Terrorism” in response to a request from his family, a government spokesman said on Wednesday.

The addition of sixteen-year-old Mohammed Khudair’s name to the monument had prompted protests on both sides of the conflict, with a group representing families of slain Israelis also demanding his name be removed.

“Following a request by the family the name shall be removed,” said Haim Fitussi, a spokesman for Israel’s National Insurance Institute.

According to a murder indictment, Khudair was burned alive in Jerusalem in July by three Israelis in revenge for the deaths of three Jewish teenagers killed by Palestinian militants in the occupied West Bank a month earlier.

The case brought an outpouring of bitterness as Israelis prepared to mark an annual Remembrance Day for soldiers and civilians killed in decades of conflict.

The Almagor Terror Victims Organization, a group founded in 1986 to represent families of Israelis killed in Palestinian attacks, demanded the government remove Khudair’s name from a plaque honoring some 4,000 people.

Some victims’ relatives had threatened to cross off Israeli names from the memorial during an annual service being held on Wednesday, in protest against Khudair’s name being inscribed.

Almagor head Meir Indor applauded the decision to remove Khudair’s name. “We have been spared great embarrassment in that such a holy day as today might have been beset by terrible controversy,” Indor told Israel Radio

Khudair’s parents told Reuters on Tuesday they had not been consulted by Israel and disagreed with their son’s name being added to the memorial.

“We can’t accept that his name be included among soldiers who killed his relatives in Gaza, Lebanon and the West Bank,” said Khudair’s father, Hussein.

His mother, Suha, said her son was “a Palestinian martyr, and not Israeli,” and their family felt shamed.

Israel regards the monument as an important national symbol. Pope Francis visited the site during a Holy Land pilgrimage last May.