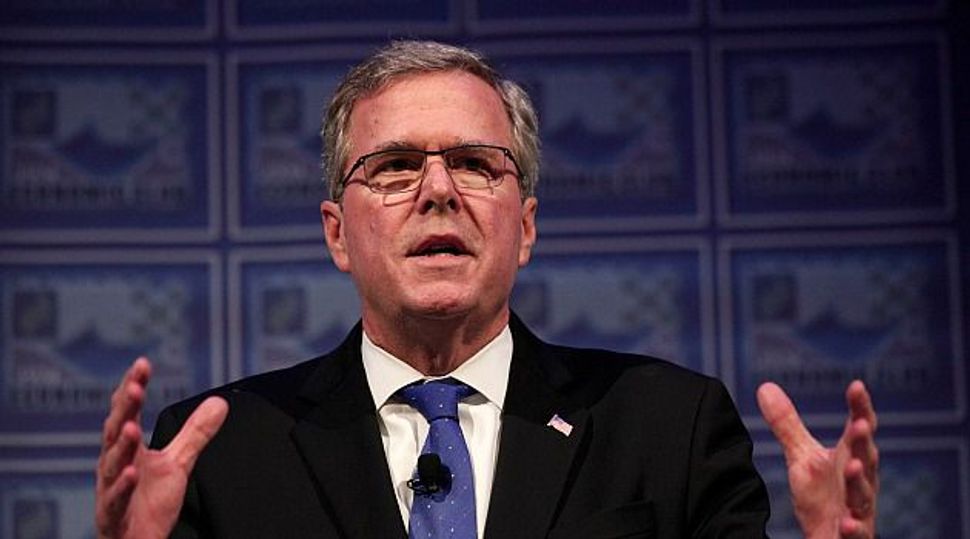 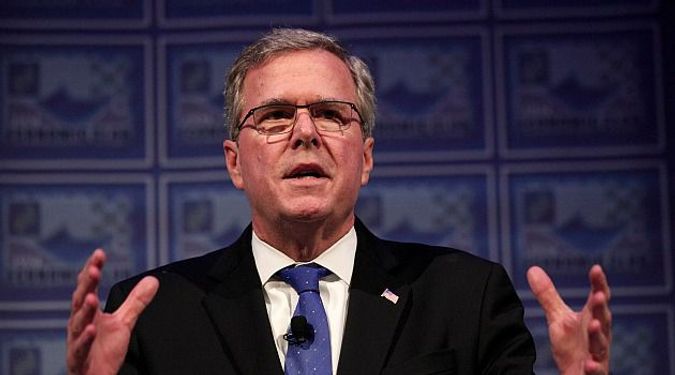 Bush made the remark on Thursday in a closed-door question-and-answer session with high school students at the Ramaz Upper School, the Washington Free Beacon reported. He said the framework agreement signed last month between Iran and world powers would “create instability for a long, long while.”

“There’s some belief [in the Obama administration] that the ayatollahs will just go quietly into the night,” Bush said, according to the Free Beacon. “It’s hard for me to imagine that because while we were negotiating, [the Iranian regime] continued with the ‘Death to America’ rallies every weekend.”

The former Florida governor spoke at the prestigious modern Orthodox school in honor of Israel Independence Day. The visit was part of a short New York City fundraising trip.

Earlier in the day, Bush distanced himself from former Secretary of State James Baker, who is currently one of his foreign policy advisers, CNN reported. Baker, who is believed to have said “F*** the Jews” while serving as secretary under Bush’s father, George H.W. Bush, criticized Israeli Prime Minister Benjamin Netanyahu at the recent J Street conference.