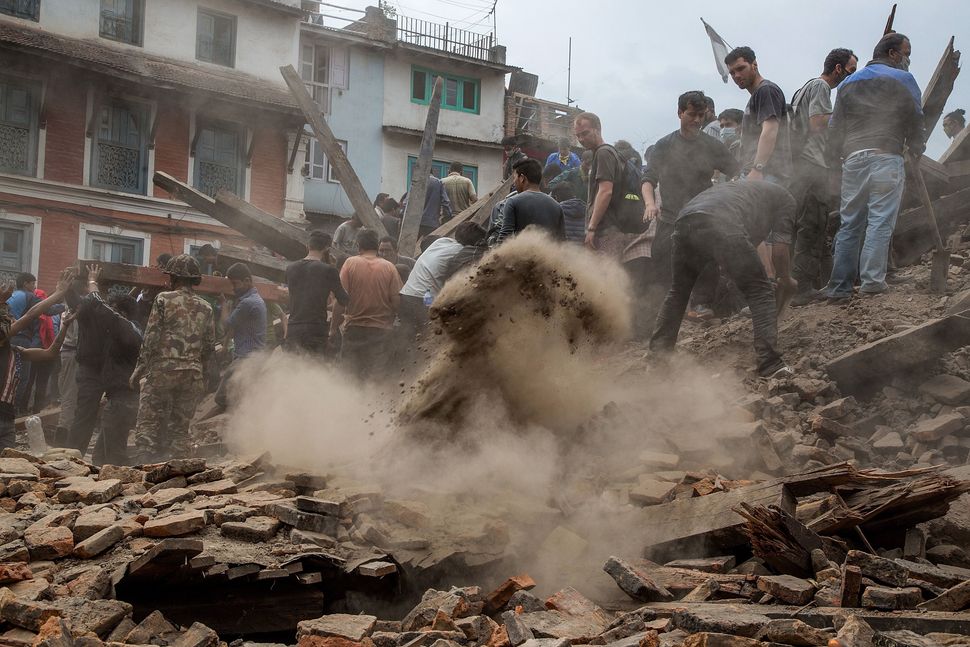 Israel is relaying an emergency assistance team to the site of an earthquake in Nepal, where Israelis are believed to have been trapped by 7.9 scale tremors and a subsequent avalanche that have so far killed over 1,300 people.

“The delegation will land near the affected zone and make its preparations until it becomes possible to land in Nepal,” Prime Minister Benjamin Netanyahu said in a statement Saturday. “Israelis in the affected zone will receive the means necessary to return to Israel.”

News agencies said that more than 1,300 people are confirmed dead in Nepal, as well as several dozen in neighboring countries, including India, China and Bangladesh.

Nepal is a popular destination for young Israelis taking a break after completing their army service.

Israel’s Foreign Ministry told Haaretz that it had not yet been apprised of Israeli casualties.