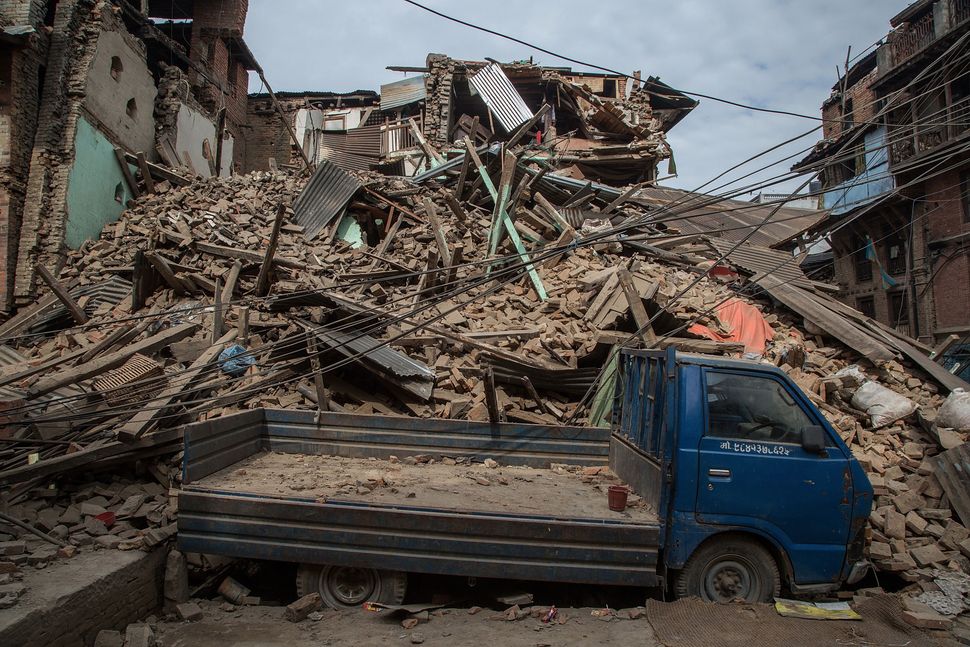 An Israel Defense Forces emergency aid mission to Nepal was delayed after a runway in the capital city of Kathmandu was damaged by aftershocks.

Two jumbo jets containing a search-and-rescue team and a fully equipped field hospital were scheduled to take off on Monday morning after being delayed 12 hours in order to monitor changing conditions on the ground and the condition of the runway, the Times of Israel reported. The flights, containing some 260 personnel, were pushed back to Sunday evening from a scheduled morning departure due to bad weather at the landing site.

A separate, private mission organized by three Israeli emergency response organizations — United Hatzalah, Zaka and First Israel — left Tel Aviv for Nepal on Sunday afternoon and aims to stay two to three weeks. Along with search-and-rescue operations, the mission will provide basic medical care to far-flung villages near the quake’s epicenter whose health clinics are either destroyed or saturated with wounded.

Magen David Adom sent a plane with medical supplies and baby formula on Sunday morning and has plans to send a delegation. IsraAid, which has sent aid missions to 28 countries, is also sending a delegation.

In the hours after the earthquake ripped through the region, the American Jewish Joint Distribution Committee began collecting emergency funds for relief efforts. In addition, JDC’s staff in India are consulting with the local authorities, the Nepalese and Indian governments, and global partners to assess the situation on the ground and assist in meeting immediate needs.

JDC coordinates its relief activities with the U.S. Department of State, USAID, Interaction, the Israeli Foreign Ministry, Israeli agencies and the United Nations. As of Sunday afternoon, some 150 Israelis remained unaccounted for, Ynet reported.

The death toll in Nepal rose on Sunday afternoon to 2,500, at least 721 of them in Kathmandu and at least 6o more deaths in India. Some 5,000 people were injured in the earthquake and its aftermath.