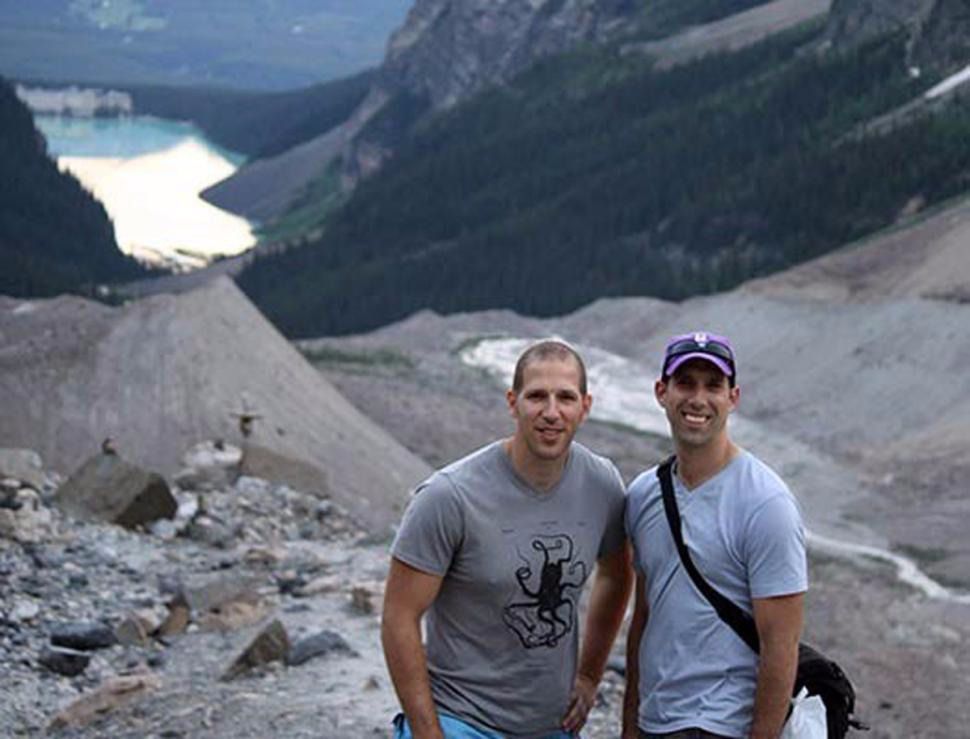 Two friends from Crown Heights who traveled to Nepal on a hiking trip have not been heard from since the devastating earthquake which rocked the country on Saturday,

Danny Cole, a father of four, and Mendy Losh, now a California-resident, were reportedly traveling with a Nepalese sherpa guide, and hoping to climb part of Mount Everest.

The last communication from the two men dates back to Friday, when they texted their friend — and habitual traveling partner — Zevi Steinhauser that “the trip is going well. We just finished our first strenuous hike. We’re still on schedule.”

On Saturday, two hours before the disaster that claimed over 2,500 lives, Mendy wrote an email: “Doing well. Had my first strenuous hike this morning. Danny is dealing with some altitude sickness. The views are amazing. We are going to go higher now and starting to deal with colder weather which is not that fun.”

On Sunday, a representative from the tour company contacted Cole’s wife to inform her that they were still searching for the group in the aftermath of avalanches triggered by the quake. “She’s delirious in a way. She’s not talking to anybody,” Steinheiser told the Daily News.

“The families are really worried at this point,” Steinhauser told COLlive. “We don’t know how they are doing, especially since there are still many avalanches occurring due to the quake and many aftershocks. We don’t know if they have enough supplies to keep them until rescuers can get to them,” adding: We are waiting for word from them and are all praying for their safe return.”