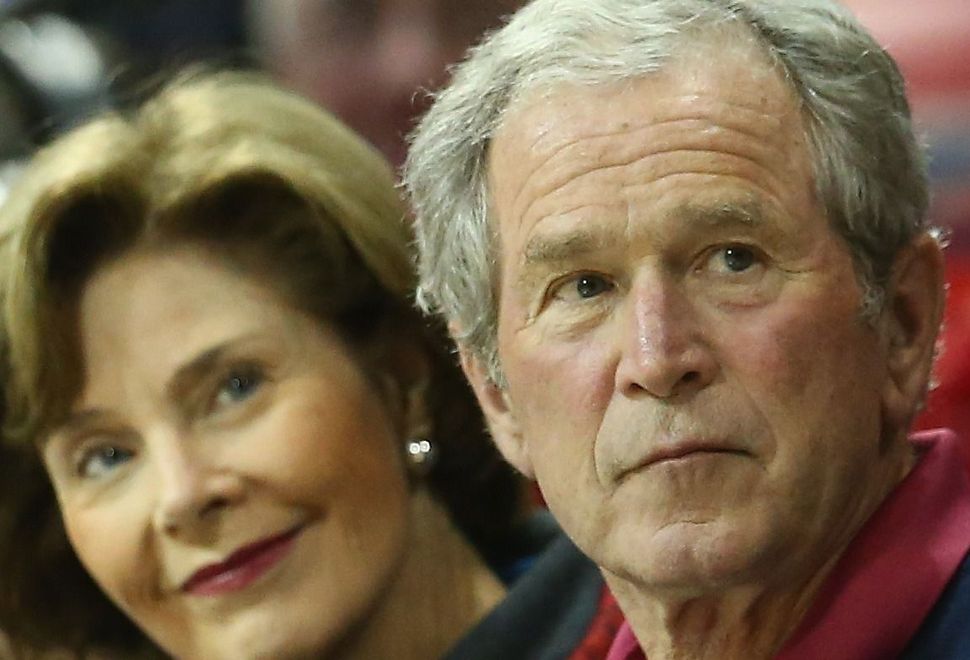 Former President George W. Bush said a deal with Iran should not have sanctions rollbacks.

The session was off the record, but attendees shared parts of the Bush’s question-and-answer session with conference-goers with reporters.

Bush would not directly criticize President Barack Obama, saying it would be unseemly to do so.

Obama has embraced talks between Iran and the major powers that would trade sanctions relief for measures aimed at keeping Iran from obtaining a nuclear weapon. There have been indications that in a final deal, the sanctions relief would be staggered according to how Iran cooperates with a nuclear inspections regime.

Israeli Prime Minister Benjamin Netanyahu and some Republicans have argued that sanctions should only be lifted once Iran’s nuclear infrastructure is dismantled.

Bush also said he would not have removed troops from Iraq, which has collapsed into sectarian warfare since the Obama administration ended its military engagement in the country in 2011.

The National Jewish Democratic Council blasted Bush for “hypocrisy,” noting that the Iraq invasion he initiated proved a failure and hugely unpopular, and that Iran’s nuclear program accelerated on his watch.

“His instincts have ultimately proven to be far out of touch with the American people,” the group said in a statement.

Bush also speculated that his brother Jeb, the former Florida governor likely to run for president, would face some resistance because Americans do not favor dynasties. The brothers’ father, George H. W. Bush, was also president.