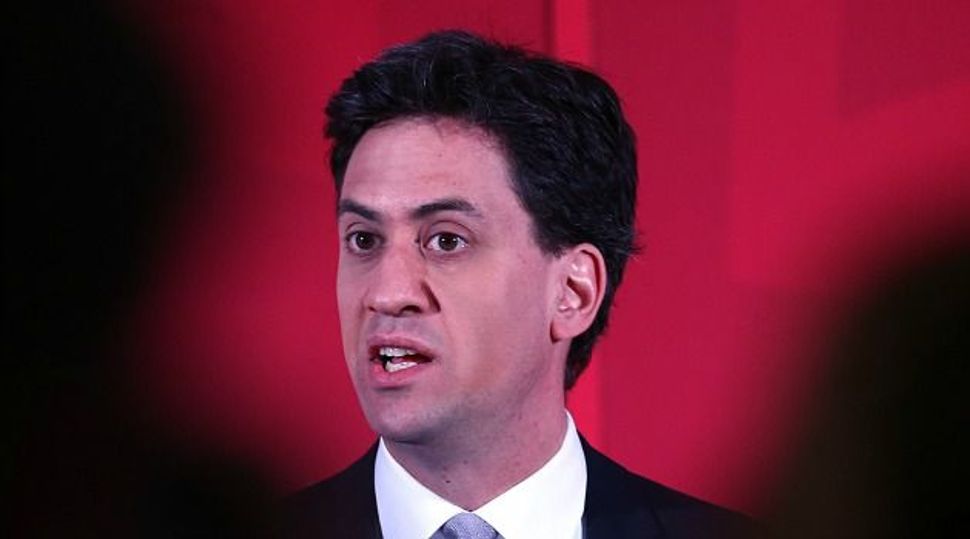 (JTA) — Britain’s Conservative Party suspended a council candidate after she referred to Labor Party leader Ed Miliband as “the Jew” in Arabic.

Gulzabeen Afsar, who was set to run next week in Derby, was suspended on Monday, the Jewish Chronicle reported. Responding to a comment on her Facebook page suggesting that Miliband would be the next prime minister, Afsar wrote, “never ever will I drop that low and support the Al Yahud!”Al Yahud is an Arabic term for Jew.

Afsar later apologized and deleted the comments, but not before media outlets had made screenshots.

Miliband was born to Jewish parents who escaped from the Nazis and came to Britain. He is an avowed atheist.

The Conservative Party, led by Prime Minister DAvid Cameron, called Asfar’s comments “offensive and wrong” before suspending her party membership. Her name already appears on the election ballots, according to The New York Times.