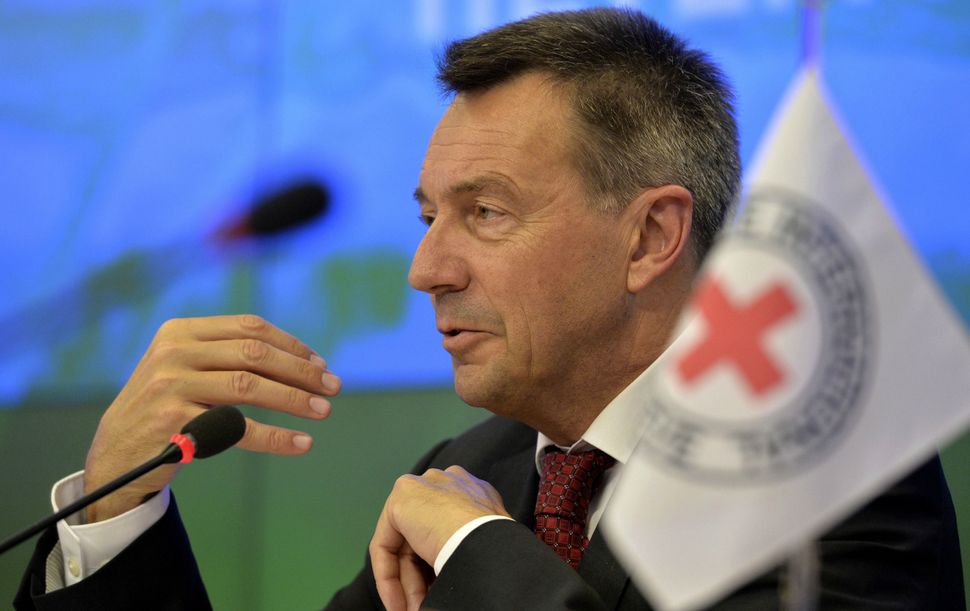 The president of the International Committee of the Red Cross attacked his organization’s World War II record, saying it “lost its moral compass.”

Peter Maurer, presenting the keynote address Tuesday at a Geneva commemoration of the 70th anniversary of the liberation of Nazi death camps, said the ICRC “failed to protect civilians and, most notably, the Jews persecuted and murdered by the Nazi regime.” Maurer said his group “failed as a humanitarian organization because it lost its moral compass.”

The commemoration event, jointly sponsored by the ICRC and World Jewish Congress, was attended by 200 senior members of Geneva’s diplomatic corps. It featured a panel discussion with Deborah Lipstadt, an Emory University Jewish history and Holocaust studies professor, and James Orbinski, the former international president of Doctors Without Borders, according to a WJC news release.

During World War II, the ICRC, headquartered in Geneva, was the principal humanitarian institution maintaining communications with both the Allied and Axis powers. While the ICRC provided assistance and protection to Allied prisoners of war held by Nazi Germany, it did not do the same for Jewish deportees because the Nazis refused all humanitarian requests to help Jewish victims. At the same time, the ICRC did not publicly denounce the deportation of Jews to concentration camps.

“The ICRC did not see Nazi Germany for what it was,” Maurer said. “Instead, the organization maintained the illusion that the Third Reich was a ‘regular partner,’ a state that occasionally violates laws, not unlike any army during World War II, occasionally using illegal means and methods of warfare.”

The ICRC president said that his organization had learned from past failures.

“We have chosen to confront our past and to embrace transparency,” Maurer said. “Our public archives are proof of our acknowledgment of the past and our continued effort to confront uncomfortable truths.”

Ronald Lauder, the WJC president, in his speech commended the ICRC for learning from its mistakes.

“You have already proven your moral authority because you have opened up your historical records,” Lauder said. “You have admitted that you could have and should have done more.”