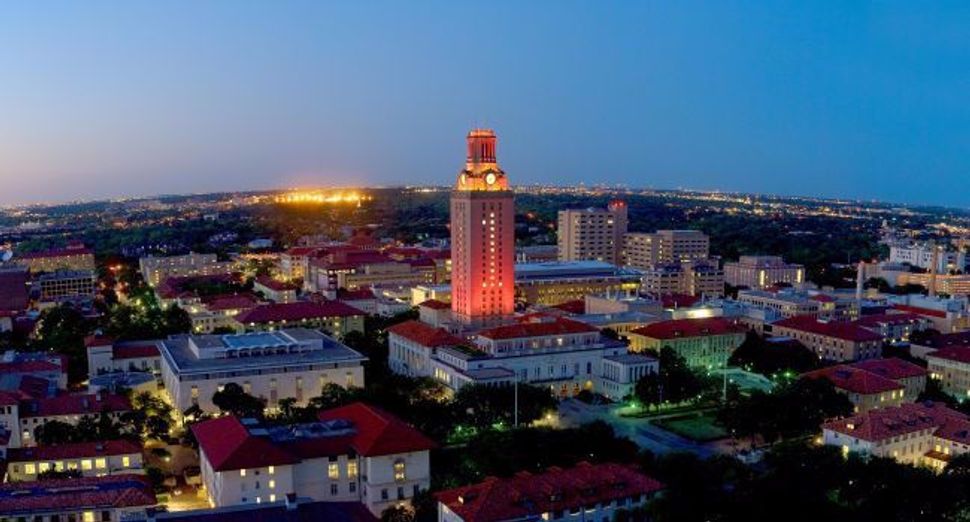 Opponents of a University of Texas student government divestment resolution that was handily defeated gave credit to a letter from area alumni.

The divestment vote last week in the Student Government Assembly was 23 against and 11 in favor, with one abstention.

The resolution, proposed by the UTDivest coalition organized by the Palestine Solidarity Committee, called on the university’s System Investment Management Company to divest from five companies, alleging that they facilitate the “oppression of the Palestinian people by the State of Israel,” the Texas Jewish Post reported. The companies are the Alstom, Cemex, Hewlett-Packard, Procter & Gamble and United Technologies.

Foes of the measure told the Jewish Post that the letter signed by Jewish former student body officials from the Dallas area helped convince the student government to oppose the resolution; non-Jews also signed the letter. Others that pitched their opposition to the student government were the Texas Hillel and Texans for Israel, along with other campus groups, programs and volunteers that formed the political campaign “Unify Texas.”

Bruce Zimmerman, CEO of the investment management firm, said before the vote that the company would not have taken the resolution into consideration if it had passed, according to the Jewish Post. Zimmerman said that investment decisions are made on the basis of the university’s financial interest.