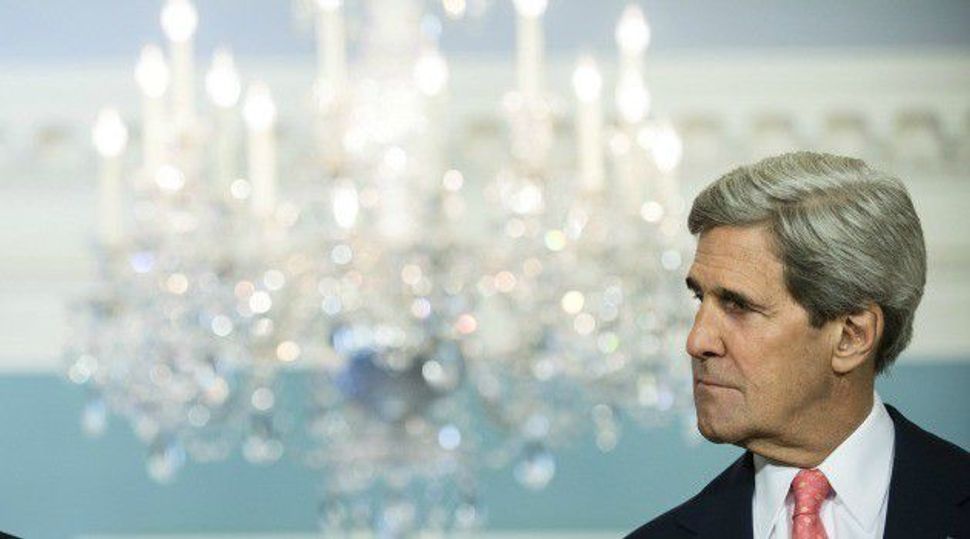 U.S. Secretary of State John Kerry called Israeli criticism of the framework agreement with Iran “hysteria” and said that the deal would be “forever.”

“That is not a 10-year deal, that’s forever,” he said. “There have to be inspections. There’s a lot of hysteria about this deal. People really need to look at the facts, look at the science of what is behind those facts.”

Kerry made his statements in an interview with Israel’s Channel 10. Excerpts of the interview were broadcast on Saturday night, with the full interview airing on Sunday night. The interview appeared designed to reach directly to the Israeli public to talk about the proposed agreement with Iran and how it would affect Israel.

“We ask people to measure carefully what the agreement is, and wait until we have an agreement to make all these judgments,” he said during the interview.

Kerry asserted that the United States has Israel’s back in this agreement and in the future, that it would not allow Iran to have the power to create a nuclear weapon and that it would protect Israel’s security. “We will never disappoint Israel,” he said.

The Iran deal is set to be signed on June 30.