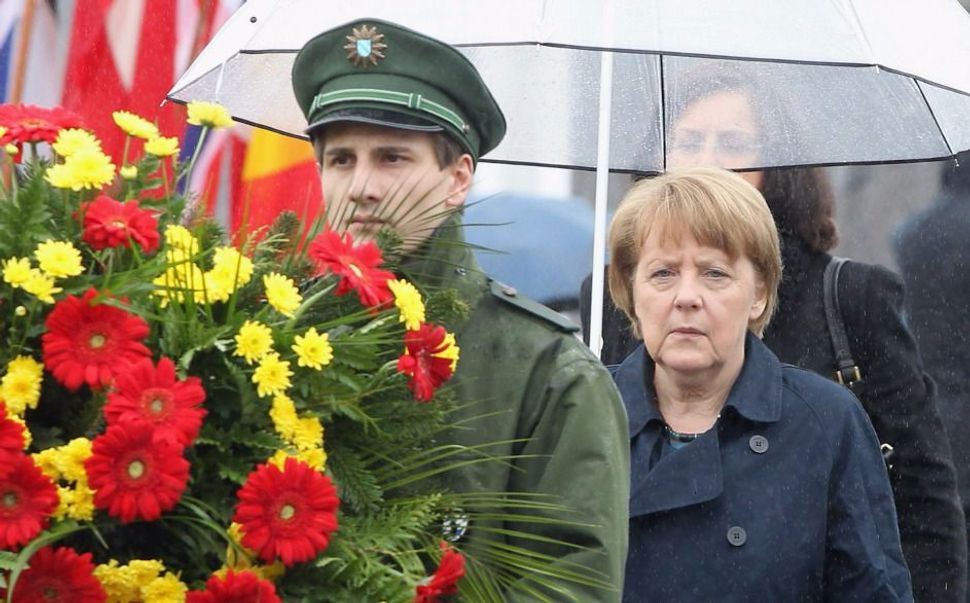 German Chancellor Angela Merkel condemned anti-Semitism during a ceremony to make 70 years since the liberation of the Nazis’ Dachau concentration camp.

“We are all forever called upon, to never close our eyes and ears to those who today accost, threaten and attack people when they identify themselves somehow as Jews or also when they side with the state of Israel,” Merkel said at Sunday’s ceremony, attended by Holocaust survivors.

Merkel first visited Dachau in 2013, the first German chancellor to do so.

Dachau, which is about 10 miles from Munich, was the first Nazi concentration camp opened in Germany.

The ceremony is one of several that have taken place at Nazi camps throughout Europe during this 70th year since the end of World War II.

The main gate of the camp, bearing the sign “Arbeit macht frei,” or work sets you free, was stolen last year and was recreated by a German blacksmith.