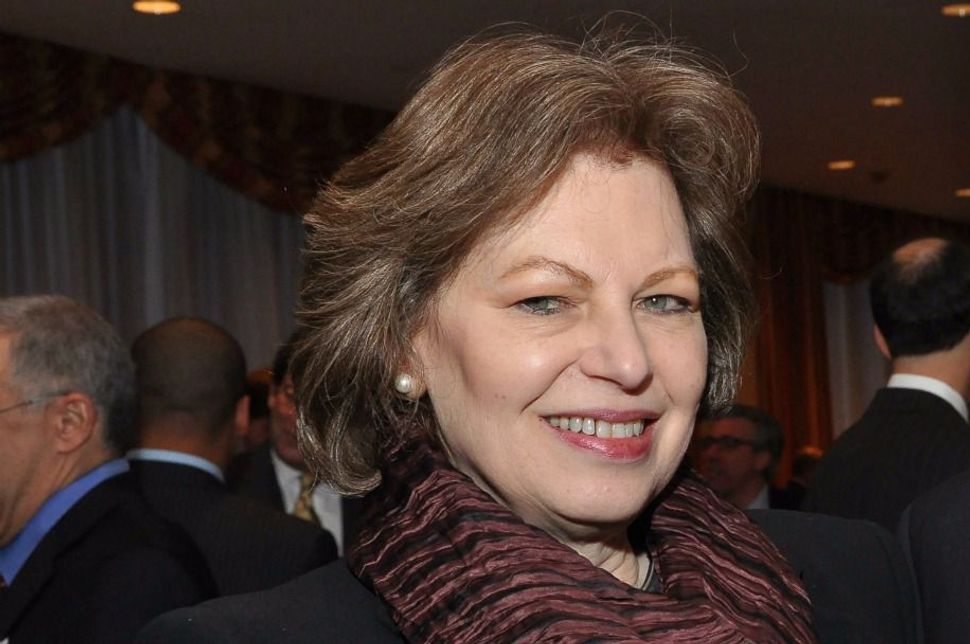 The former chief executive of FEGS is suing the bankrupt Jewish social service agency for $1.2 million in deferred compensation.

Gail Magaliff retired in late 2014, shortly before FEGS Health and Human Services — one of the largest social service providers in the United States — discovered a $19.4 million shortfall. Soon after, in late January, the 81-year-old agency, which served a majority non-Jewish clientele, announced it would close.

In March FEGS filed for bankruptcy, and UJA-Federation of New York, which had funded several FEGS programs targeting Jewish populations, announced it was providing the group “debtor-in-possession” financing of up to $10 million.

Magaliff, who earned a base salary of more than $600,000 in 2012, said in court filings that the $1.2 million had been promised for her “services as a valuable executive employee,” The New York Times reported.

She reportedly has asked the bankruptcy court judge to bar FEGS from using the $1.2 million for other purposes.

Many of the agency’s nearly 3,000 former employees remain unemployed. In the final two years of Magaliff’s tenure, FEGS revenues fell, 74 percent of its programs were losing money and 30 percent of its budget was allocated for administrative costs, including salaries, the Times reported, citing bankruptcy filings.

According to Capital New York, a news website focused on politics and media, FEGS’ financial disclosure forms and yearly tax returns in its final years of operation “reveal an agency engaged in risky long-term behavior and slowly drowning in debt, seeking capital financing from an ever-widening array of sources to expand its operations and interests even as those operations failed to produce profit.”

Magaliff was not the only FEGS executive earning more than $200,000 annually. According to information filed with the Internal Revenue Service for 2012, Executive Vice