Loeb & Troper sued for negligence for its role in the bankruptcy of the massive Jewish social service charity FEGS.

Lawyers for creditors left in the lurch by the collapse of the massive social service agency FEGS appear to be preparing to sue a former FEGS executive who took a $92,000 bonus as the charity blew to bits.

The shuttered Jewish social service agency FEGS has agreed to pay $3.1 million to the union workers it left in the lurch when it collapsed in 2014.

What does it take to get blackballed from the Jewish charity industry? Being the second-in-command during the biggest Jewish charity catastrophe in decades, and walking away from the mess with a $92,000 bonus, is apparently not enough.

Some of America’s leading Jewish not-for-profit groups are dropping accounting firm Loeb & Troper. Are the controversial number crunchers taking the fall for a string of fiscal crises — including the shocking collapse of FEGS?

Shaken by the abrupt collapse of one of New York’s largest social service agencies, a consortium of not-for-profit groups is warning that others may also be in jeopardy if government doesn’t radically reform the way it works with outside groups.

The biggest unsecured creditors in the bankruptcy case of the massive social service charity FEGS Health & Human Services are seeking tens of millions of dollars for a joint retirement plan serving thousands who work for New York Jewish charities.

Federal prosecutors are investigating the collapse of the bankrupt Jewish charity FEGS Health & Human Services, the charity revealed in an October 2 court filing.

EXCLUSIVE: Why did one of the largest Jewish charities in the country give a top exec a $92,000 bonus just a month before declaring bankruptcy? The Forward reveals that FEGS leaders poured money into a failed for-profit strategy while neglecting staff and clients. 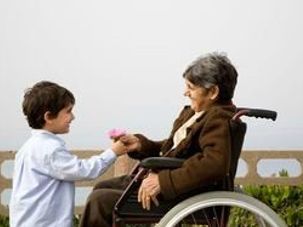 Jewish Board Inherits $75M in Deals From Doomed FEGS