Real Threat to Israel Is Iran’s Allies — Not Nukes 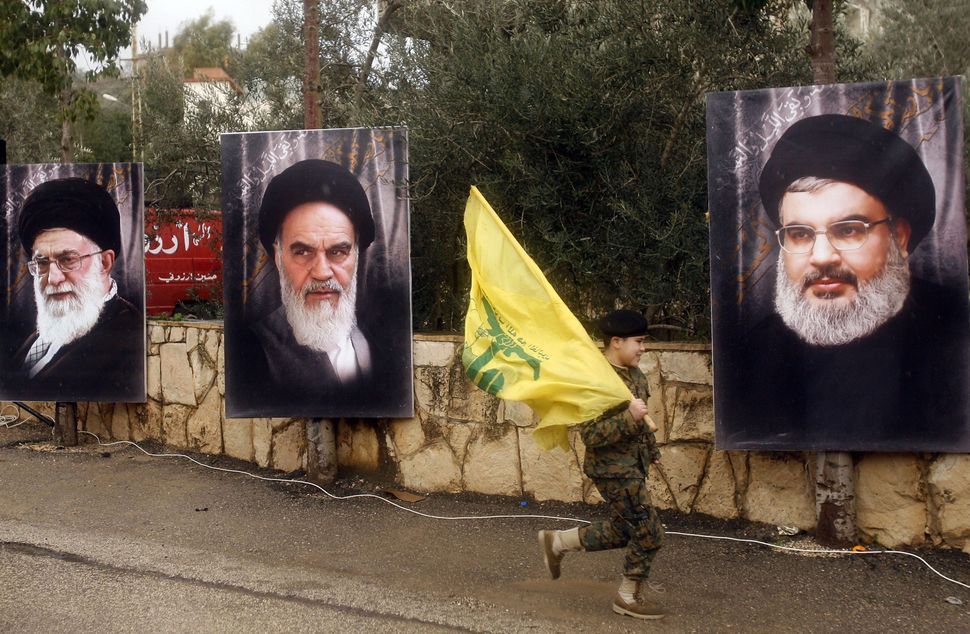 Chief among these is Hezbollah, the Lebanese militia that fought Israeli forces to a stand-still in their 2006 war and has since expanded its arsenal and honed its skills helping Damascus battle the Syria insurgency.

Ram Ben-Barak, director-general of Israel’s Intelligence Ministry, accused Iran on Tuesday of “seeking footholds” from Syria to Yemen to Egypt’s Sinai and the Palestinian territories. But he deemed Hezbollah a foe as formidable as the conventional Arab armies that clashed with Israel in the 1967 and 1973 wars.

“The only entity that can challenge us with a surprise attack on any scale nowadays is Hezbollah in Lebanon,” Ben-Barak told a conference organized by the Israel Defense journal.

Israel believes Hezbollah has more than 100,000 missiles capable of paralyzing its civilian infrastructure. Seeking to deter the guerrillas, Israeli generals have threatened to devastate Lebanon should there be another full-on conflict.

In the interim, Lebanese and Syrian sources report regular Israeli air force sorties as part of an apparent effort to monitor, and at times destroy, weapons transfers to Hezbollah.

A Jan. 18 air strike that killed an Iranian general and several Hezbollah operatives in Syria’s Golan Heights, northeast of Israel, suggested the Lebanese guerrillas have been setting up a second front close to Jordan, Israel’s security partner.

An Iranian-backed Hezbollah presence in the Golan “will pose a very big problem for us in the future,” Ben-Barak said.

Two Western diplomats who track Israel’s military assessed that it was now busiest securing the Lebanon and Syria borders.

“I don’t think anyone’s looking for escalation, but the potential for this to spiral out of control is high,” one diplomat told Reuters on condition of anonymity.

“What he was really interested in getting across was the military threat from groups like Hezbollah, the (Tehran-backed) Houthis in Yemen, and the IRGC (Iranian Revolutionary Guards Corps) in Syria,” one of Halevy’s American hosts said.

Israel has condemned as insufficient a proposed nuclear deal, whose deadline is June 30, and under which Iran would scale down its disputed projects in return for sanctions relief.

Real Threat to Israel Is Iran’s Allies — Not Nukes