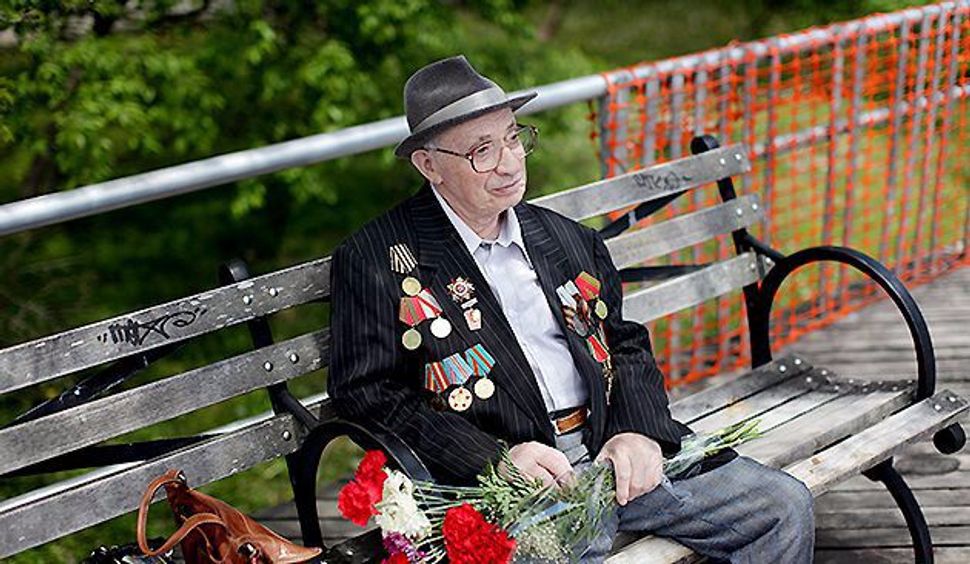 Dozens of Jewish war veterans who fought with the Soviet Red Army in World War II gathered at Times Square to celebrate the Hebrew date of Victory Day.

Accompanying the 50-odd veterans — who wore their Soviet uniforms and WWII medals — on Thursday were local rabbis and leaders from New York’s Jewish community, organizers wrote in a statement.

“As Jews we are proud to gather for this historic celebration honoring a great victory over evil,” said Boris Feldman, 94, from Brooklyn who fought with the Red Army for two years after being released from a Ukrainian ghetto. “We must remain vigilant even today. Jewish communities throughout the world feel increasingly threatened due to the rise of anti-Semitism,” he added.

The celebration was organized by the American Forum of Russian Speaking Jewry, or AFRJ, and the World Zionist Organization (WZO), with the support of Russian-Jewish leader German Zakharyaev, president of the STMEGI Foundation of Mountain Jews.

The event was held on Thursday as a belated part of the May 9 celebrations in Russia and by Russian speakers all over the world of Nazi Germany’s defeat and surrender to the Soviet Union and its Western allies.

In the Jewish calendar Thursday was Iyar 26, which, in 1945, fell on May 9. The organizers of the event Thursday began last year to celebrate Iyar 26 as “Rescue Day of European Jewry.”