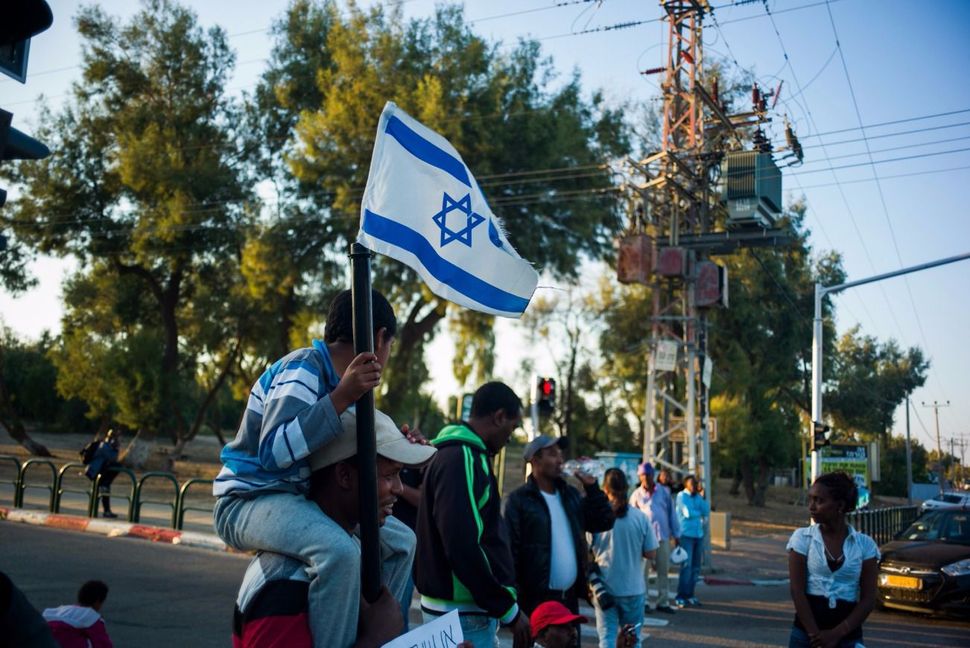 The protest, which began Monday afternoon and grew as it continued into the night, saw protesters march up the city’s central Rothschild Boulevard, stopping at major public squares and blocking intersections. The protest ended at the central Rabin Square.

That video sparked a similar protest two weeks ago. That protest ended in a melee at Rabin Square, with arrests and dozens of police and protesters injured. At that protest, police threw stun grenades and used a water cannon to disperse the crowd.

No such conflict happened Monday. Protesters chanted “A violent policeman needs to be put away,” “No matter black or white, racism is the devil,” and “We won’t allow a black person to be unfortunate.”

A scuffle between police and protesters broke out after protesters spotted an Ethiopian-Israeli police officer and chanted, “Ethiopian, take off your uniform.”

On Monday, Prime Minister Benjamin Netanyahu announced the appointment of a special ministerial committee to address the integration of Ethiopian Israelis into broader society.

“There is no room for racism and discrimination in our society. None,” Netanyahu said. “We will fight with all our strength against these unacceptable practices. We will simply uproot them from our lives. We will turn them into something looked down upon, something contemptible.”