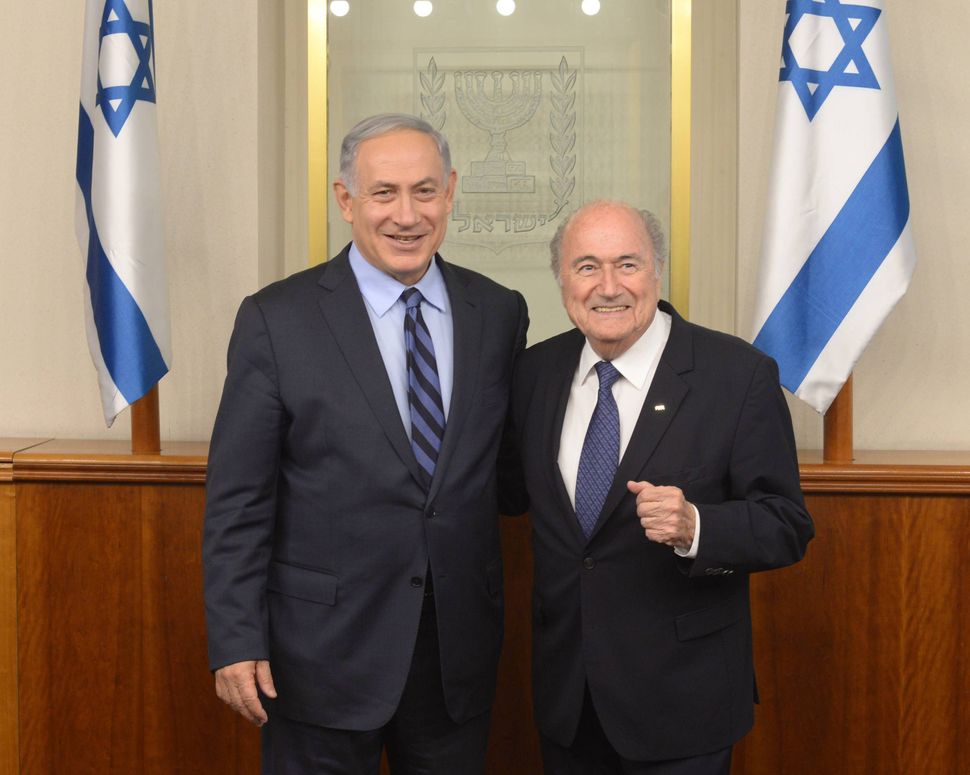 After meeting Palestinian President Mahmoud Abbas and soccer officials in the West Bank, FIFA President Sepp Blatter said Israel had set out a series of measures to ease travel curbs for players, sports visitors and officials.

Similar commitments have been made in the past, but Blatter said this time Israeli officials had “said they will do it,” a commitment he hopes will stave off the threat of a suspension vote at a FIFA congress in Zurich on May 29.

“I am an optimist,” Blatter said as he sat alongside PFA chairman Jibril Rajoub, who has mounted a determined campaign to have Israel sanctioned, a move that could have profound ramifications beyond the world of sport.

“We want to bring a solution for now and a solution for the future in order that we don’t need to go to” a vote in the congress, Blatter said. “I am on a peace mission.”

The PFA has long accused Israel of hampering its activities and restricting the movement of players between the Gaza Strip and the Israeli-occupied West Bank. Israel cites security concerns for the restrictions, an issue that Israel’s FA says is out of its hands.

Blatter met Israeli Prime Minister Benjamin Netanyahu on Tuesday in an effort to secure concessions that would persuade the PFA to drop its proposal.

A special escort service between Gaza and the West Bank would allow players to cross between the two territories that are separated by Israeli territory.

He added that a monitoring committee comprising an Israeli, Palestinian and FIFA official would meet monthly to address issues and that Israel had agreed to exempt taxation on soccer equipment donated to the Palestinians.

But two critical issues were not directly addressed. One is the charge of racism in Israeli football, with one team, Beitar Jerusalem, refusing to employ Arab players. Another is the fact that five Israeli clubs are based in settlements in the West Bank, which are considered illegal under international law.

Blatter said the settlement clubs issue was of particular concern and needed to be resolved. FIFA rules clearly state that teams must be based in a country’s territory.

“(The teams’ inclusion by Israel) is not just a war crime but a crystal clear violation of FIFA statutes.”