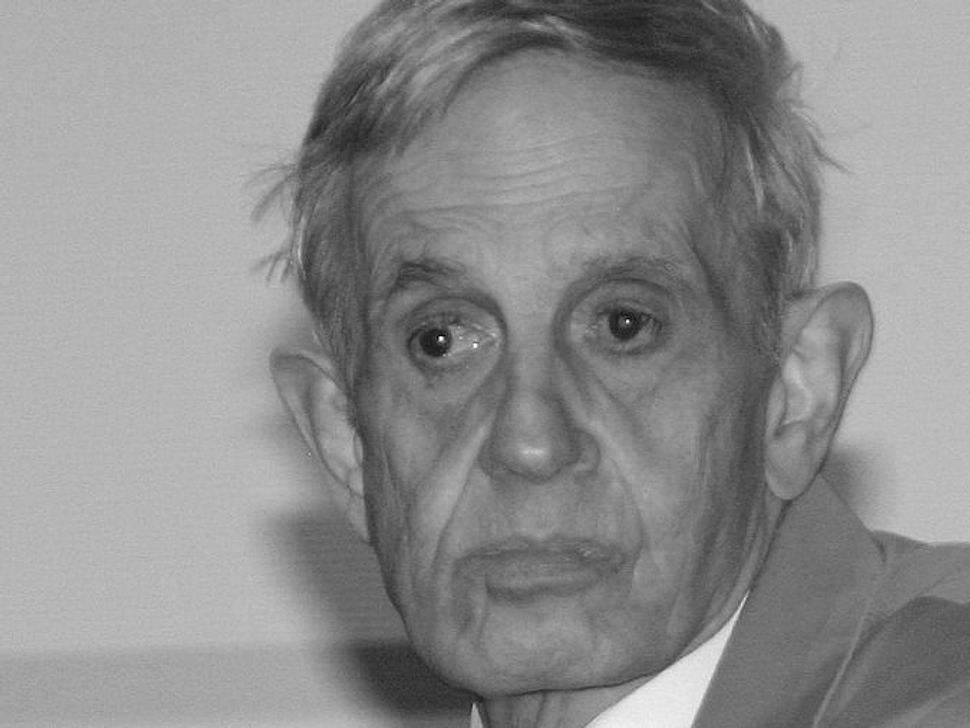 Mathematician John Nash, a Nobel Prize winner whose longtime struggle with mental illness inspired the movie “A Beautiful Mind,” was killed in a car crash along with his wife in New Jersey, state police said on Sunday.

Nash was accused of anti-Semitism for paranoid claims that Jews and Israel were out to get him. But he portrayed the statements as part of his well-known battle with schizophrenia.

The couple were in a taxi when the driver lost control, crashed into a guard rail and hit another car on Saturday afternoon on the New Jersey Turnpike, said police.

Nash, 86, and his wife, Alicia, 82, were thrown from the taxi and pronounced dead at the scene, New Jersey State Police spokesman Sgt. Gregory Williams added, declining to comment on media reports that they were not wearing seat belts.

Russell Crowe, who portrayed Nash in the Oscar-winning movie, said on Twitter that he was stunned by the deaths. “An amazing partnership. Beautiful minds, beautiful hearts,” the Hollywood star wrote.

The taxi driver was taken to hospital with non-life threatening injuries and the driver of the other vehicle was also treated in hospital, police said. No charges had been filed, Williams added.

Nash was awarded the Nobel Prize for economics in 1994 for his work on game theory and the mathematics of decision-making.

The film “A Beautiful Mind” was loosely based on his battle with schizophrenia.

Nash received his Ph.D. from Princeton in 1950 and spent much of his career there and at the Massachusetts Institute of Technology (MIT).

He began experiencing what he described as “mental disturbances” in 1959 after marrying Alicia, a MIT physics major who was then pregnant, according to his biography on the Nobel Prize website.

“I was disturbed in this way for a very long period of time, like 25 years,” Nash said in a 2004 video interview on the Nobel website.

He stressed that his was an unusual case, as he was able eventually stop taking medication and return to normal activities and his research.

The 2001 movie represented an “artistic” take on his experience, giving insight into mental illness but not accurately portraying the nature of his delusions, Nash said in the interview.

“John’s remarkable achievements inspired generations of mathematicians, economists and scientists who were influenced by his brilliant, groundbreaking work in game theory,” Princeton University President Christopher Eisgruber said in a statement.

“The story of his life with Alicia moved millions of readers and moviegoers who marveled at their courage in the face of daunting challenges,” he added.