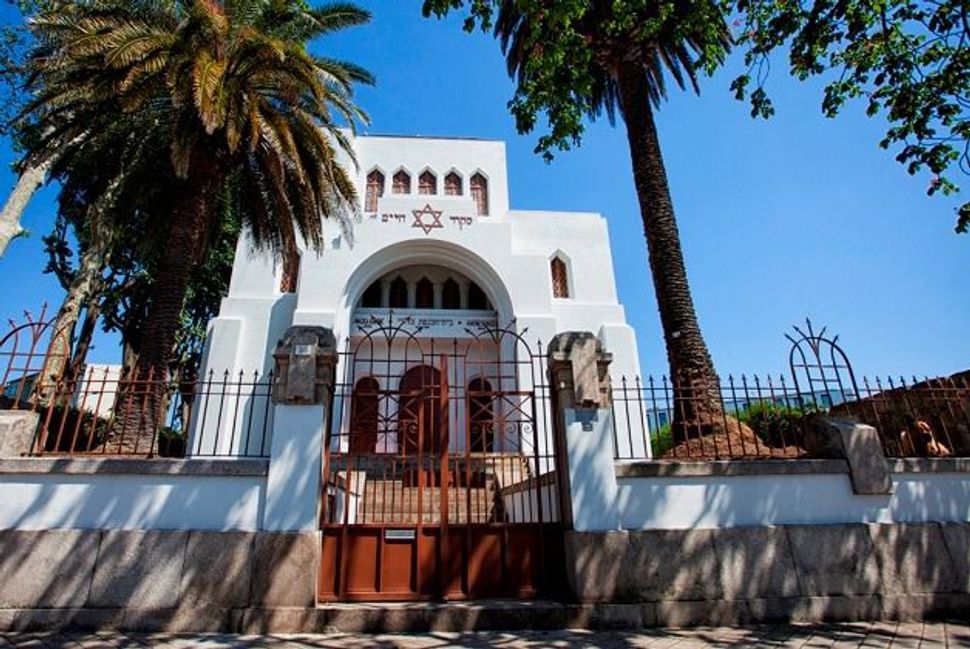 The Jewish community of Porto opened a museum in the northern Portuguese city.

In the opening of the Jewish Museum of Porto on May 24, the community welcomed the public to a three-room display that attempts to tell the story of 900 years of Jewish presence in the region, Michael Rothwell, the community’s spokesperson, told JTA Tuesday. The museum was inaugurated last month but had remained closed to the public.

Among the items on display at the museum – which is housed on the first floor of the Kadoorie Synagogue – is a replica of an inscription on the foundation stone of a synagogue which opened in 1380 in Porto and a list of 842 names of people tortured by the Portuguese Inquisition — the systematic persecution of Jews led by the churches and royal houses of Portugal and Spain in the 15th and 16th centuries.

The list was compiled recently after the opening of the national archives and is the first time that it is being displayed at a museum, Rothwell said. However, according to persistent rumors, the list was also etched on one of the walls of a local synagogue, though no one knows whether this is true and if so where the list can be found today.

One of the museum’s three rooms is made to resemble a Sephardic yeshiva, or religious seminary.

The museum is an expansion of the synagogue’s pre-existing display on the history of the modern Jewish community of Porto, Rothwell said, “but we sought to extend it into a museum that tells the whole story.”

The community used research performed ahead of the publication last year of two books on Porto’s Jewish history. Among the subjects on display is the story of Artur Barros Basto, an army captain who in the beginning of the previous century started an outreach program for the descendants of conversos, or Jews who had been converted under duress. Basto paid for his actions with his career and his reputation.

Visits to the museum need to be coordinated in advance and cost approximately $6 per person, Rothwell said. Visitors will also receive a tour of the synagogue housing the museum.