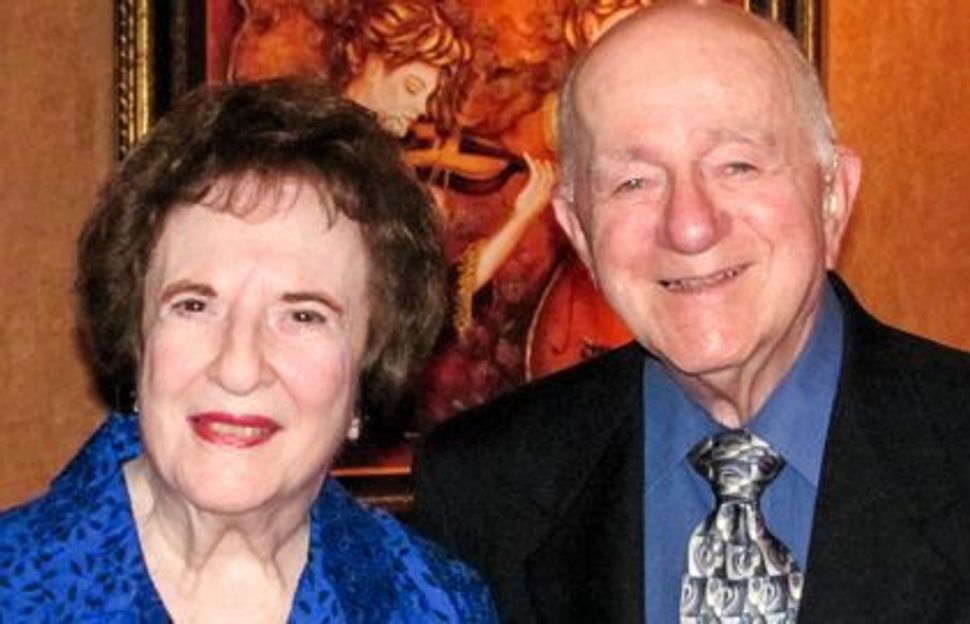 Funeral services were set for an elderly Jewish couple who drowned in the floods that swept through Houston last week.

Shirley and Jack Alter, who died when their rescue boat capsized in the rushing floodwaters, were scheduled to be buried Sunday at the Congregation Beth Yeshurun Cemetery in Houston. The boat suffered engine failure before capsizing on May 26, the Houston-based Jewish Herald-Voice reported.

The couple — Shirley Alter was 85 and Jack Alter was 87 — were wearing life jackets but were not strong enough to withstand the strong current. The couple’s 55-year-old daughter was able to float to safety, the Jewish Herald-Voice reported.

The Alters were among at least nine people killed in last week’s flooding.

Over the weekend, volunteers and federation staff handed out recovery supplies at the Evelyn Rubenstein JCC, including boxes, bins, tape, packing materials, cleaning supplies, protective equipment, trash bags, bottled water and replacement cellphone chargers. The volunteers also accepted donations of such items, according to the Herald-Voice.