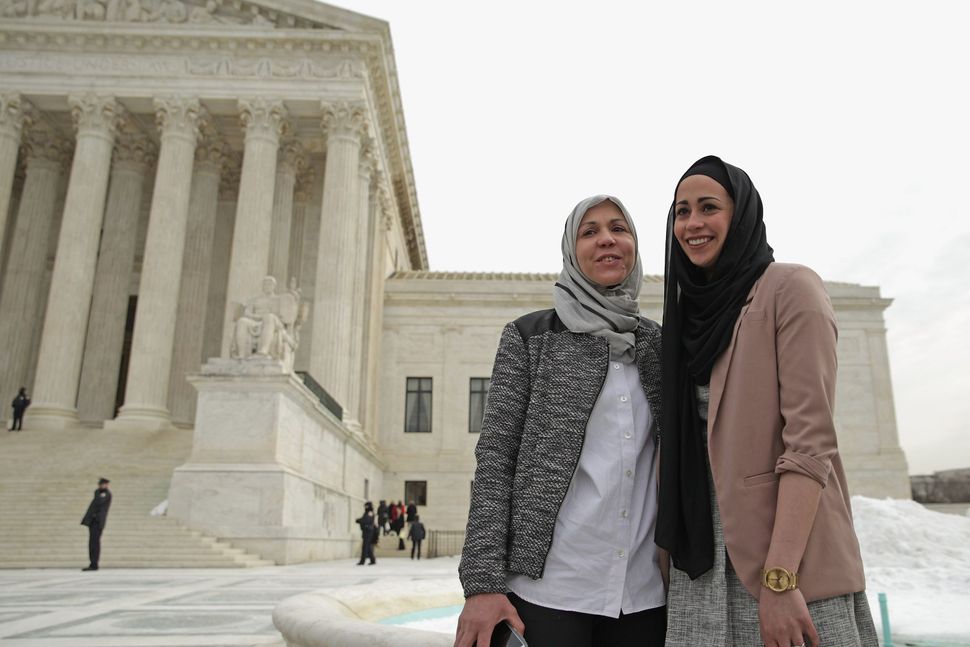 The U.S. Supreme Court reversed an appeals court ruling against a Muslim woman who was denied a job because she wore a headscarf for religious reasons.

In an 8-1 vote, the high court ruled in favor of Samantha Elauf, who was 17 in 2008 when the clothing chain Abercrombie & Fitch in Tulsa, Oklahoma, refused to hire her because she did not fit in with the company’s policy on employee appearance. The federal Equal Employment Opportunity Commission sued Abercrombie & Fitch on Elauf’s behalf.

In sending the case back to the 10th Circuit Court of Appeals in Denver, the Supreme Court provided instructions on interpreting the 1964 Civil Rights Act, which bans employment discrimination based on religious beliefs and practices.

The appeals court had said in its decision last year that Elauf needed to give “explicit notice of the conflicting religious practice and the need for an accommodation for it, in order to have an actionable claim for denial of such an accommodation.”

Elauf contended that wearing the headscarf during her interview and communications with managers through a friend who worked at the store was sufficient. The friend had checked with one manager who, citing the case of an employee who had worn a yarmulke, said there should not be a problem.

Elauf did not explicitly raise her faith as an issue during her interview for the job. The manager who interviewed Elauf had recommended initially that she be hired, but dropped the recommendation after being briefed on the chain’s “Look Policy” for employees.

The case had moved to the appeals court after a federal judge in Tulsa ruled for Elauf and a jury awarded $20,000 in damages.