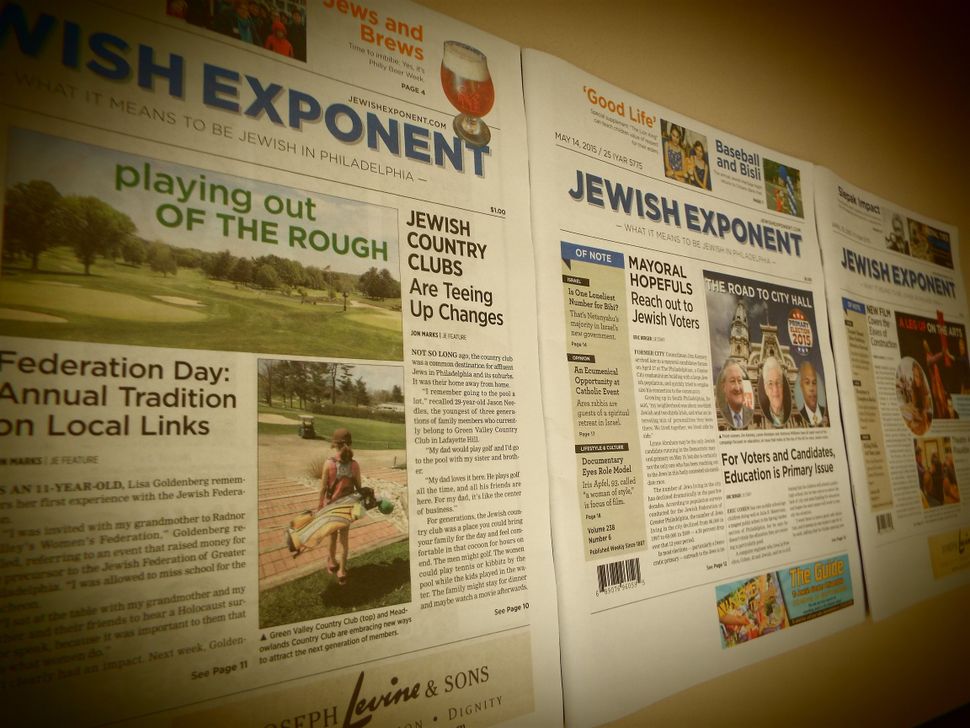 The Philadelphia Jewish Exponent has laid off its entire newsroom staff after handing editorial operations over to a media group that publishes Jewish papers in Baltimore and Washington D.C.

Fifteen journalists and production staffers were let go at the nation’s second-oldest continuously published paper, according to a statement on its web site

The paper’s editorial operations have been taken over by Mid-Atlantic Media, which publishes the Baltimore Jewish Times and Washington Jewish Week.

The dramatic move was announced by Steve Rosenberg, chief marketing officer for the Jewish Federation of Greater Philadelphia, which publishes the Exponent. He said the paper was losing $300,000 annually.

“Not only will this new partnership strengthen news content, it will allow us to reverse a troubling trend,” Rosenberg said in a statement. “We simply could not continue without making bold changes.”

Joshua Runyan, a former news editor at the Exponent, will be the new editor-in-chief, and will run the paper from Baltimore. The statement said he will supervise a five-person editorial team based in Philadelphia.

Twelve other Exponent staffers on the business side, handling advertising sales and other tasks, will keep their jobs, Rosenberg said.

The Exponent has had a successful editorial run lately and recently scooped several awards in the annual American Jewish Press Association Rockower awards.