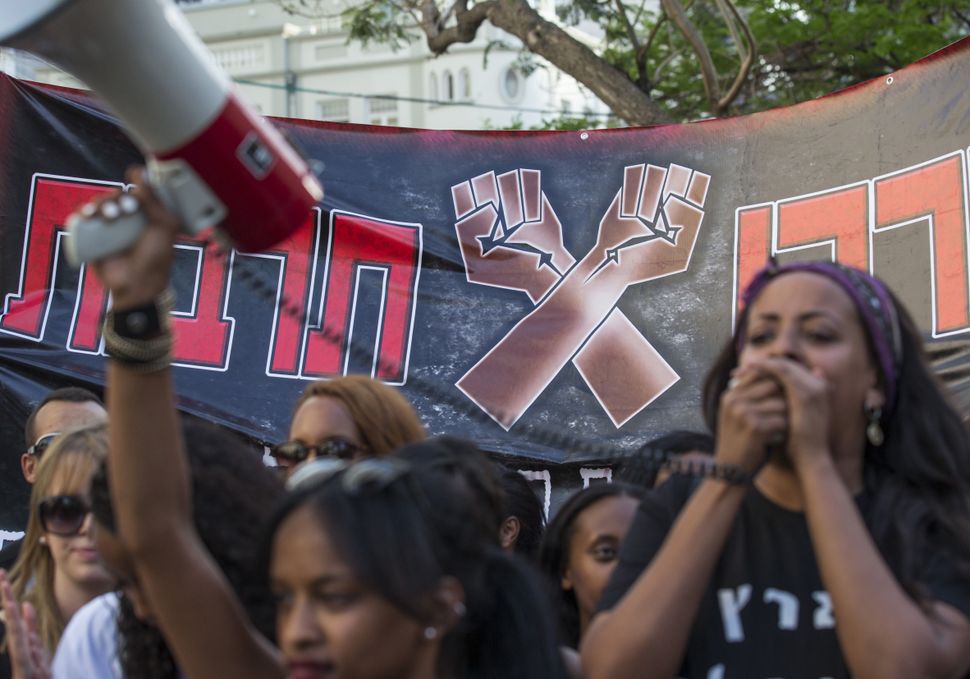 Israeli police locked arms to push back hundreds of ethnic Ethiopian anti-racism protesters on Wednesday in Tel Aviv where many tried to block a major traffic artery.

Police said two protesters of some 400 protesters at the scene were detained. Television photographers saw five demonstrators led away. There were no reported injuries in the confrontation that stretched into several hours.

Last month Tel Aviv, Israel’s commercial city, saw its most violent demonstration in years when police on horseback charged at hundreds of protesters to disperse an angry outburst at a video showing policemen beating a soldier of Ethiopian descent.

The latest demonstration was held to press for speedier measures against police accused of involvement in that assault. “Violent police ought to be jailed,” some protesters chanted.

Ethiopian Jews, among thousands Israel airlifted in dramatic top-secret operations in the 1980s and 1990s, have long complained of discrimination in Israel.

Israeli Prime Minister Benjamin Netanyahu has promised to address the grievances of Israelis of Ethiopian descent who now number some 135,000, and has named a cabinet committee to improve their integration.

At the panel’s first session on Tuesday, Netanyahu denounced the notion of Israelis discriminating against others “because of the color of their skin, this is infuriating and we will fix it.”