Israeli Generals Back Nuclear Deal With Iran — Split With Netanyahu 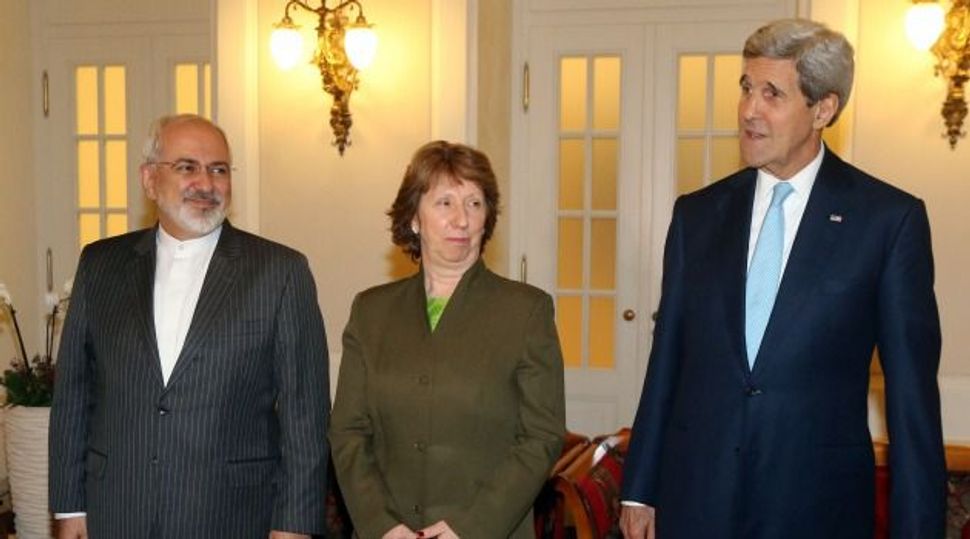 In remarks carried by several Israeli media outlets, an unnamed senior military officer said that if agreed by its June 30 deadline, the deal would provide clarity on the direction of Iran’s nuclear program.

Western powers fear that Iran harbors ambitions to build an atomic bomb and years of talks have centered on eradicating the alleged threat. Iran says its nuclear program is for peaceful purposes.

The officer said that for now, measures sought by world powers such as stepped-up international inspections of Iran’s nuclear facilities and scaling back of its uranium enrichment “allow for the supposition that, in the coming period of years, this is a threat in decline.”

An Israeli military source authenticated the quotes to Reuters, confirming that they reflected thinking at the highest levels of the armed forces.

Israel, which is widely assumed to be the only Middle Eastern country with a nuclear arsenal, sees Iran as its biggest foe. The Netanyahu government has lobbied hard against the nuclear deal, calling for tighter constraints on Tehran’s nuclear activities.

Like Israel, Gulf Arab Sunni states are also concerned about a possible deal between the major powers and Tehran.

However, speaking in an interview with Reuters on Wednesday, Qatar’s Foreign Minister Khaled al-Attiyah struck a conciliatory tone with its regional neighbor and said Western states had given assurances that any deal would be solid.

“For the sake of Iran and its people we would like to see this agreement happening and maybe they can focus on development and prosperity for the region which we would all like to see,” he said.

“The parties discussing this agreement are discussing it with the intention that we have a solid agreement. We have no doubt about our allies. We have this assurance by the Americans and the French as well,” he said. (Writing by Dan Williams; additional reporting by John Irish in Paris; Editing by Angus MacSwan)

Israeli Generals Back Nuclear Deal With Iran — Split With Netanyahu