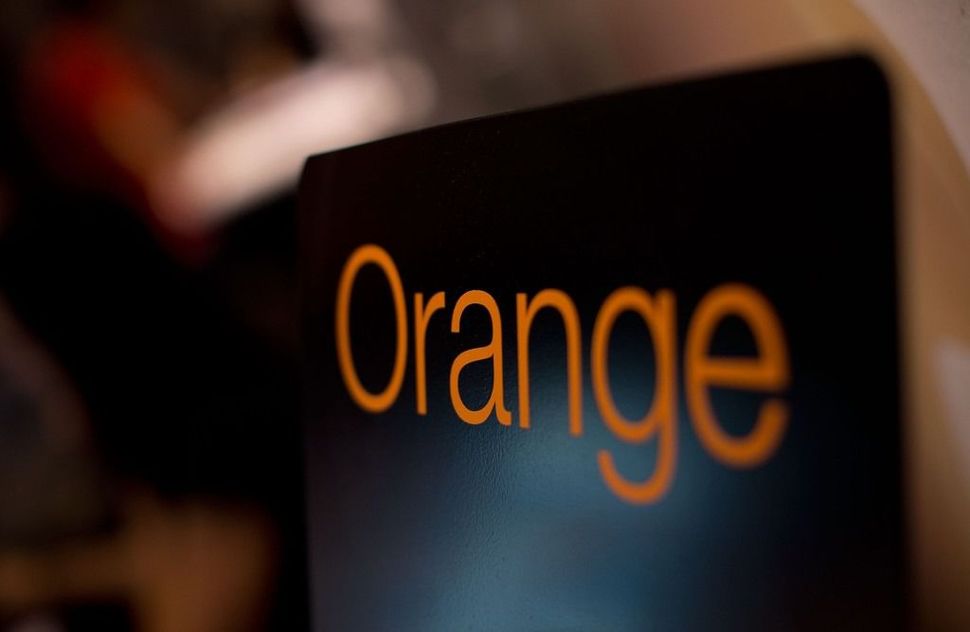 (JTA) — To Israel’s supporters, the decision by the French telecommunications giant Orange to dump its Israeli affiliate is not only a politically motivated divestment by a major multinational corporation, but a sign that European policymakers are being impacted by efforts to boycott the Jewish state.

Citing the French government’s ownership of a quarter of Orange’s shares, European pro-Israel groups said the move reflected the rising influence of the Boycott, Divestment and Sanctions movement, or BDS, and France’s growing impatience with Israeli reluctance to make concessions to the Palestinians.

“Orange’s pullout is part of the French government’s attempt to bring Israel to its knees and accept the Pax Europeana,” said Sammy Ghozlan, founder of the National Bureau of Vigilance Against Anti-Semitism, or BNVCA, which has taken legal action against numerous promoters of BDS.

But Orange insists it’s nothing of the sort. In a statement Thursday announcing the termination of its relationship with its Israeli affiliate, Partner Communications, Orange said it was merely effecting a policy to end its presence in countries where it does not directly provide services. Its motivations, the company said, “have nothing to do with any political debate.” Israel is the only country where a third party is using the Orange brand, the firm said.

That claim was made harder to believe by the fact that it came only a day after Orange CEO Stephane Richard, speaking at a conference in Cairo, said he would abandon Partner “tomorrow morning” if not for contractual penalties.

“I know that it is a sensitive issue here in Egypt, but not only in Egypt,” Richard said. “We want to be one of the trustful partners of all Arab countries.”

Richard later told Ynet he did not mean to suggest the pullout had anything to do with Israel or its conflict with some of its Arab neighbors. Ghozlan called Orange’s statement “a transparent lie.” Yonathan Arif, the vice president of the CRIF umbrella group of French Jewish communities, said Orange may be attempting to avoid prosecution for discriminating against a nation, which is illegal in France.

“Orange is active in many areas where human rights are violated, but Orange does not pull out of there,” Arif said, adding that the French government was ultimately responsible and must “intervene and alter the decision.”

The Anti-Defamation League was not buying Orange’s claim either. Like the CRIF, the ADL pointed its finger at the French government and urged it to “make clear that complying with demands to boycott Israel are illegal under French law and contrary to the country’s national interests and moral values.”

“Orange took a cowardly decision to cave in to demands by the international campaign to boycott Israel,” Abraham Foxman, the ADL’s national director, said in a statement.

On Friday, French Foreign Minister Laurent Fabius reiterated French opposition to boycotts of Israel, adding that “it is for the president of the Orange group to determine the commercial strategy of the company.”

The furious reaction comes amid mounting concern about the growth of the BDS movement as well as growing anger at the French government. Last month, the CRIF took the rare step of publishing a letter its president, Roger Cukierman, had sent to Fabius complaining about France’s support for United Nations anti-Israel resolutions that are opposed by many other major democratic powers, as well as the reception in March of a convicted Palestinian terrorist at the Foreign Ministry’s headquarters. While the CRIF has conveyed similar messages privately, the publication of its complaint was an exception for an organization that generally aims to cultivate constructive relationships with French officials.

“These policies create a certain atmosphere that is conducive to boycotts,” said Ghzolan. “Orange took its cue from the French government.”

France’s government is not the first to be perceived as encouraging divestment from Israel. In the Netherlands, the Vitens water company in 2013 cited its consultations with the Dutch Foreign Ministry in explaining why it decided to end its cooperation with its Israeli counterpart, Mekorot.

“The influence of BDS on policy is more than a trickle; it’s a flow,” said Shimon Samuels, the Paris-based director for international relations of the Simon Wiesenthal Center. “And it’s happening all over Europe.”