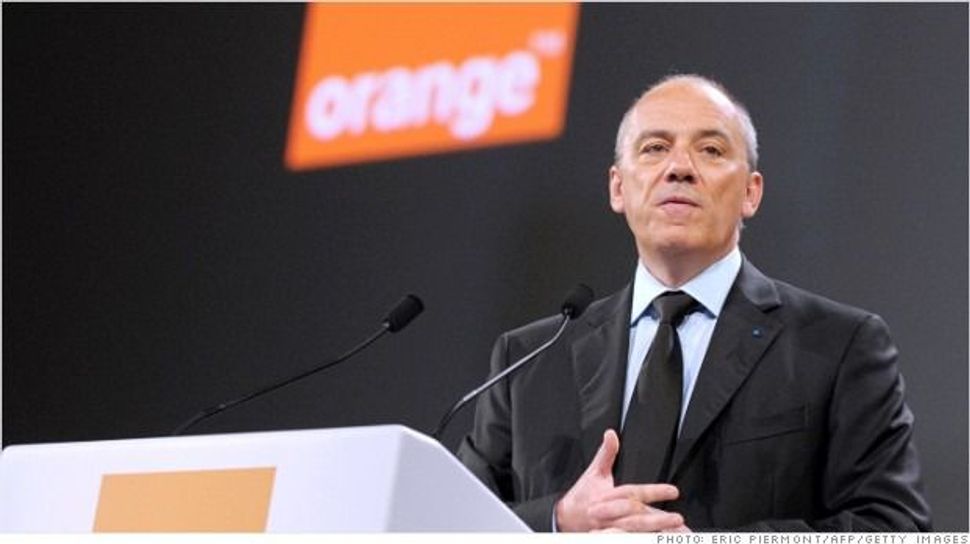 The chief executive of French telecoms group Orange told Prime Minister Benjamin Netanyahu on Friday he profoundly regretted remarks he made last week which he said were misinterpreted to make it sound as if he supported a boycott of Israel.

On a special visit to try to mend fences after the comments at a conference in Cairo, CEO Stephane Richard met Netanyahu for talks at his private office, with the press kept away.

Afterwards, Richard issued a statement saying the comments attributed to him were taken out of context, adding that Orange was fully committed to business in Israel and had no interest in engaging in politics.

“I have been profoundly and personally distressed to observe the results of the misunderstanding and the distortion of my recent statements,” said the 53-year-old executive, who has been pilloried in Israel. “I deeply regret the impact resulting from the context and interpretation of those statements.”

In Cairo, Richard was quoted as saying he would terminate a licensing agreement that Orange has with Israel’s Partner Communications “tomorrow morning” if the contracts allowed. Partner pays a fee to use Orange’s brand in Israel.

The remark was interpreted as Richard supporting an economic boycott of Israel, along the lines of that advocated by the BDS movement – Boycott, Divestment, Sanctions – a pro-Palestinian campaign aimed at pressuring Israel to withdraw from occupied Arab territories by hurting it economically

Israel protested Richard’s remarks at the highest level, including to the French government, which owns 25 percent of Orange. Netanyahu has called the remarks part of an anti-semitic campaign to delegitimize Israel.

Richard said he had been speaking of ending a licensing deal in Israel on purely business grounds. Orange has spoken in the past of wanting to take back full control of its brand.

“We are proud to have all of those stakeholders in Israel and we will continue to develop further our activities here with them,” he said, speaking of investments that Orange has made in Israeli start-ups.

Partner operates under the Orange brand name through a licensing deal that is believed to expire in 10 years but has no other connection to Orange.

Netanyahu accuses the Palestinians of encouraging diplomatic pressure on Israel rather than negotiating with it directly, and says that foreign censure of the country unfairly overlooks its democratic credentials that are rare in the region.—Reuters