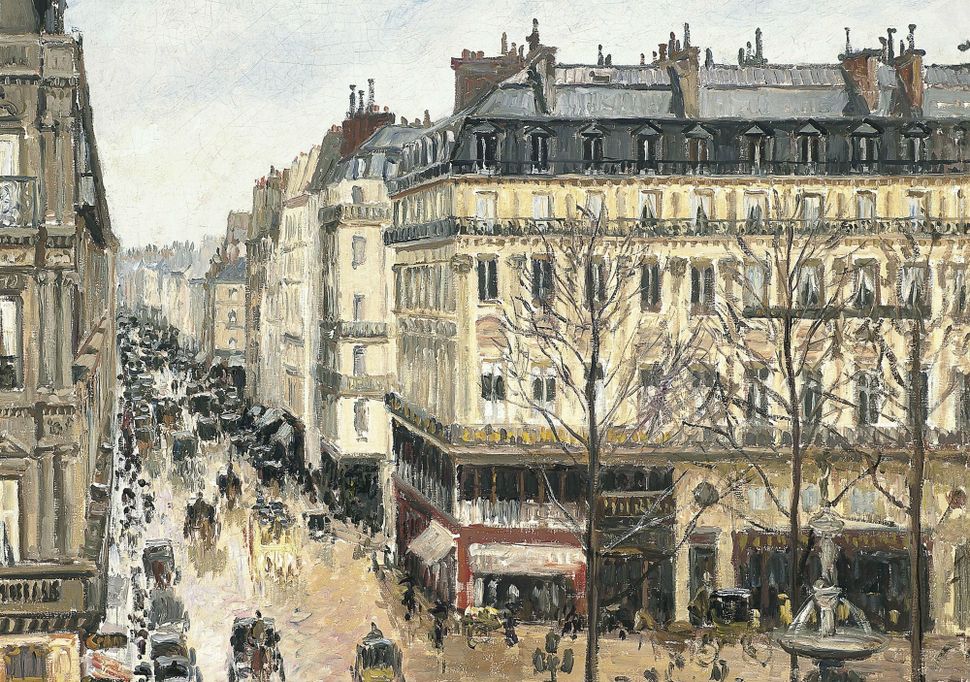 The June 4 ruling by Judge John F. Walter of Los Angeles’ Central District Court of California stated that Spanish law applied in the case, and that the law did not require the painting’s return, the New York Times reported Wednesday.

However, at the end of his opinion, he issued an appeal to the museum to effectively do the right thing before resorting to any more court action. Walter called on it to “pause, reflect and consider” working out a resolution in light of Spain’s acceptance of international agreements regarding returning Nazi-looted art and its “commitment to achieve ‘just and fair solutions’ for victims of Nazi persecution.”

The ruling came after a decade-long dispute over ownership of the 1897 canvas, “Rue Saint-Honoré, Après-midi, Effet de Pluie,” a Paris street scene by Pissarro, which is in the Thyssen-Bornemisza Museum in Madrid.

In 2005, Claude Cassirer sued for restitution of the painting, which his German-born grandmother, Lilly Cassirer, in 1939 sold to an art dealer for the equivalent of $360 as she was fleeing her homeland from the Nazis. Cassirer’s father-in-law, Julius, purchased the painting from the painter Camille Pissarro.

The museum does not dispute that the painting was stolen, but is fighting the lawsuit on technicalities, including international jurisdiction issues and time limitation on restitution claims.

The painting was eventually acquired by Baron Hans Heinrich Thyssen-Bornemisza in 1976 and has been displayed in Madrid since the museum opened in late 1992. It was insured for over $10 million.

The museum has resisted calls by resitution bodies and Jewish groups to part with the painting.